Court proceedings continued today in the trial of Mazi Nnamdi Kanu, Leader of the Indigenous Peoples of Biafra (IPOB), a secessionist group agitating for a self-determination referendum for the eastern part of Nigeria.

Kanu was brought into court at about 9.00 am today Wednesday 10 November, amid tight security in and around the federal high court premises.

Reports say some members of Kanu’s legal team, including his U.S. attorney Bruce Fein, journalists, even official delegates from southeast Nigeria were barred from the courtroom.

The same scenario repeated itself in the last court session on October 21.

Kanu lawyers were said to have staged a walkout from the courtroom in protest.

Asked by the presiding judge, Binta Nyako, if he was ready to continue with the trial without his lawyer, Kanu bemoaned to the judge, “I have an ongoing case in the US. I have not been allowed to see him (Bruce Fein). He is here to see me and to observe the proceedings. He has been to the DSS to see me, but they denied him access to me”, Kanu stated from the dock.”

Nonetheless, Justice Nyako declined a request by the prosecution to continue with the trial. She adjourned the matter to 19 and 20 January 2021.

Mazi Kanu was extraordinarily renditioned from Kenya in July where he had been visiting, back to Nigeria by Nigeria’s intelligence operatives.

He is facing a seven-count charge bordering on treasonable felony. His supporters say he’s been persecuted for his political views. The right to self-determination is enshrined in Article 20 of the African Charter on the Rights of Indigenous Peoples to Self-determination and has been domesticated and now forms part of Nigerian laws.

In the Southeast, businesses and schools are shut down in compliance with IPOB’s Sit-At-Home order in an expression of solidarity with the leader.

Details of court proceedings will be posted on this page as it becomes available. 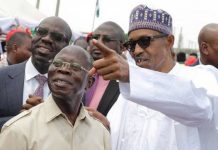 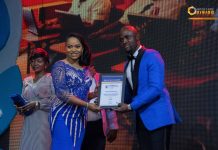