Anambra governor, Mmaduaburochukwu Obiano has congratulated governor-elect Prof. Chukwuma Soludo for winning the Nov. 6 governorship election and heaped praises on the people of Anambra State for keeping his party in power.

He described the election of Soludo as the “best parting gift” the people could ever give to him. He said he was proud his party “placed merit above narrow interests” in choosing its flag-bearer and that “Prof Chukwuma Soludo has a name to protect. I have no doubt that he will not let you down“.

Obiano dedicated the victory at the polls to the woman in a rusty village of Ebenebe who was shown on a viral video rejecting financial inducements from another party which would have only bought her “temporary relief” but knew that “Anambra would be a better place if she voted according to her conscience“. He said the “victory for APGA is victory for the ordinary citizens of our dear state“.

He poured encomiums on APGA officials and faithfuls, security forces and even thanked President Buhari “for allowing the will of the people to prevail“.

But the outgoing governor had a word of caution for the governor-elect and the party itself. “The victory we celebrate today is not a winner-takes-it-all!“, he warned. “The motto of our great party is onye aghana nwanne ya (be your brother and sister’s keeper). So, our arms are wide open to our brothers and sisters who fought this battle on other platforms“.

Gov Obiano, fondly known by his traditional title of Akpokuedike Aguleri called on everyone including those who deserted the party to “come home” and all citizens in other parties to understand that “The wound of political battles may be costly but it heals fast. We must not allow a brief struggle for power to put a permanent division between families and friends. We must come together to build a prosperous homeland for ourselves and our children“.

Anambra State and the Southeast region has been in a state of quiet excitement and high expectations following the victory of Prof. Soludo as governor-elect. Celebrations may have been muted as the southeast region is complying with a Sit-At-Home order at the behest of the Indigenous People of Biafra, IPOB in solidarity with their leader, Mazi Nnamdi Kanu who is still facing treasonous trial at an Abuja court.

Gov. Obiano will leave office on 17 March 2022 after completing a two-terms of eight years on the saddle as the chief executive of the State. 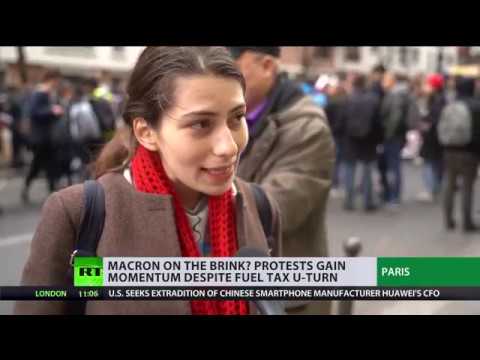 Macron’s Restraint With Violent Protesters In France Serves As Indictment On African Govts.

Moghalu: It’s fake news to portray Buhari and Atiku as only presidential candidates