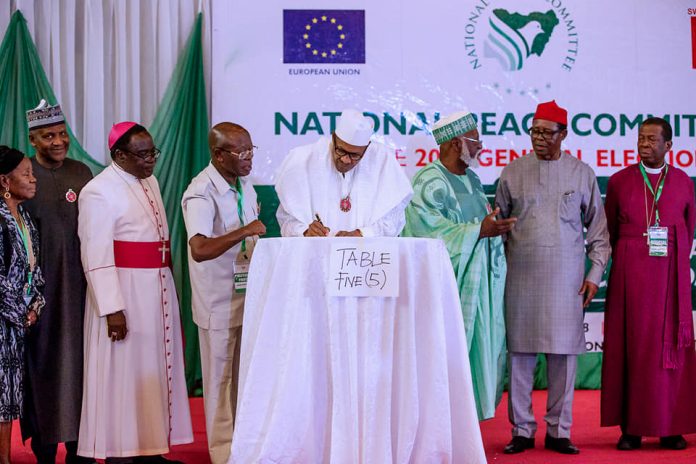 A Peace Accord for the 2019 general election was today Tuesday 11 December signed at the International Conference Center by presidential candidates and Chairmen of various political parties contesting in the election.

President Muhammadu Buhari and Mr. Adams Oshiomhole were present and signed for the ruling All Progressives Congress.

The Peace Accord was organized by the National Peace Committee headed by ex-Head of State, Gen. Abdulsalami Abubakar with other members, Bishop Mathew Kukah (Catholic Archbishop of Sokoto), Commodore Ebitu Ukiwe, Sa’ad Abubakar II (the Sultan of Sokoto) and Bishop John Onaiyekan among others.

A similar accord was signed in the lead up to the 2015 election which was generally credited for the peaceful election in which former President Goodluck Jonathan lost and voluntarily relinquished power.

Addressing the gathering of eminent Nigerians and political gladiators, Gen. Abubakar (rtd) asked the political players to remember that “governance, after the elections, will be impossible without a peaceful environment.’’ He expressed the hope for a “sincere pursuit of issue-based campaigns”.

However, missing from the signing ceremony were the main opposition People’s Democratic Party presidential candidate, Alhaji Atiku Abubakar and his party chairman, Uche Secondus – raising concerns about the legitimacy of the process without such an important party.

But Mr. Atiku’s spokesman, Paul Ibe later revealed that his boss “did not receive any formal invitation to the signing of the peace pact,” and Mrs Ezekwesili also claimed she “did not receive an invite.” These claims were however disputed by Bishop Kukah, who appeared Tuesday evening on a Channels Tv political program, Politics Today clutching a piece of paper he claims was evidence that invitations were duly sent to all stakeholders.

Below is video of the president signing his space on the Accord,

JUST IN: President @MBuhari signs the Peace Accord, an undertaking by all the presidential candidates to ensure peaceful and rancor free campaigns before, during and after the 2019 general elections. #NigeriaDecides pic.twitter.com/ITwx1tojcR

Sani Umar, a spokesman for the Atiku presidential campaign council who appeared on the same program said there must have been a “communication gap” and that the invitation certainly “did not reach our party”, although he assured that his party, PDP – a “champion of free and fair elections” will seek out the document and sign it eventually.

Asked if he thinks there will be a free and fair elections next year, Mr. Umar answered “No”. He said president Buhari’s refusal to sign the 2018 Electoral Bill was worrisome and that the president’s action was “predicated on two things; (1) to rig the elections with the incidence forms, and (2) a desire to win at all costs”.

The PDP moments ago released an official statement stating, “We are committed to a peaceful election, however, we regret that we were not represented at the signing of the peace accord in Abuja on Tuesday due to communication lapse between the National Peace Committee (NPC) and our party’s national secretariat”. 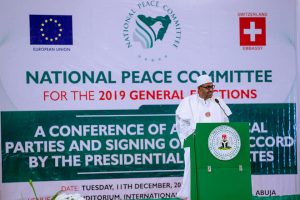 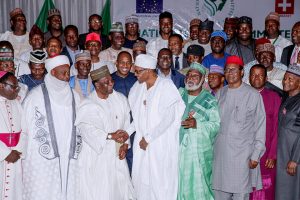 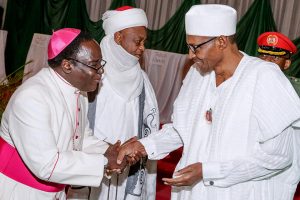 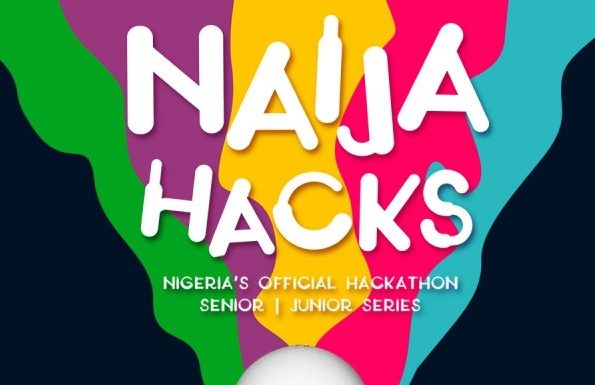