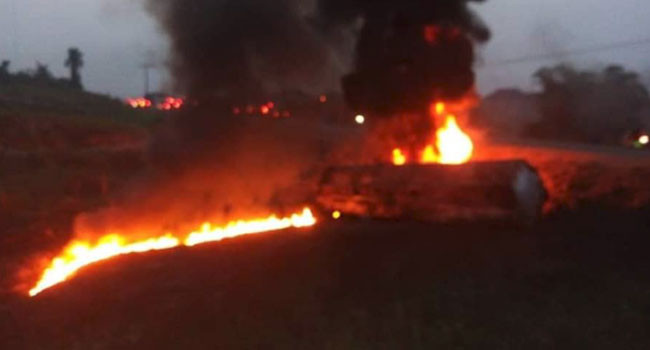 An overturned oil tanker exploded in Nigeria while dozens of people were scooping up the leaking fuel, killing at least 12 people, police and witnesses said, with locals putting the number many times higher.

Hundreds of people have died in similar accidents in recent years in Nigeria, Africa’s largest oil producer, as impoverished people risk their lives to collect fuel leaking from pipelines or trucks.

“We have recovered 12 corpses and taken 22 persons with serious burns to the hospital,” police spokeswoman Irene Ugbo told the Associated Press news agency on Saturday.

She said the blast occurred on Friday evening in Odukpani in Cross River state in the southeast. 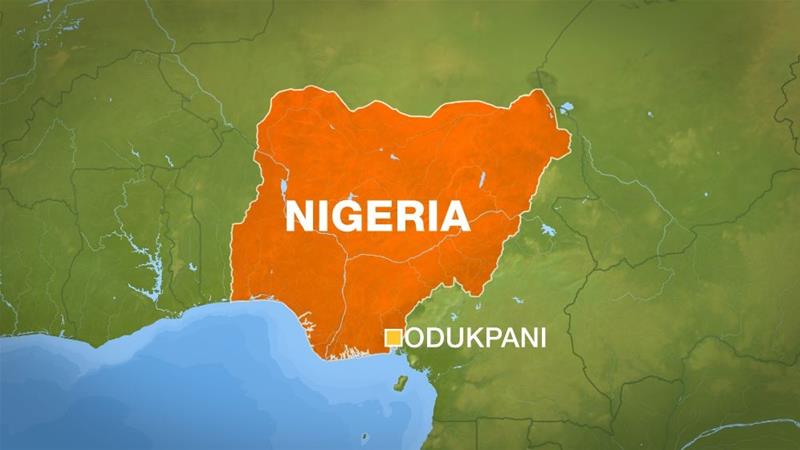 But some residents put the death toll close to 60.

“The police only recovered a few corpses, many of the other dead were burned to ashes,” witness Richard Johnson told AP.

He said about 60 people were inside a pit scooping fuel when the explosion occurred. “It is not likely that anyone inside the pit survived as there was a lot of fuel in the pit,” Johnson said.

He suggested the blast was caused by an electrical generator that had been brought to the scene to help pump out the fuel for people’s containers.

It was not immediately clear what caused the truck to overturn.

About a year ago, more than 30 residents in the same locality were burned to death while scooping fuel from an oil tanker involved in an accident.

Nigeria’s worst such accident occurred in 1998, when more than 1,000 people died as the leaking oil pipeline from which they were scooping fuel exploded in the town of Jesse.