LONDON, Jan. 13 — Hundreds of Biafrans, emotions etched on many faces, crowded together today in a red brick Victorian building that has been the headquarters here for representatives of the government of Maj. Gen. Odumegwu Ojukwu.

Anxiety and anger were evident the day after Biafra officially gave up its 920 days of war and surrendered to Nigeria.

“Get away from me,” a young law student said, pulling away from a Briton who tried to touch him consolingly on the arm.

Aside from their bitterness that Biafra had not been helped more in its struggle, Biafrans were also afraid to talk about the war or to give their names. The fear of reprisals by Nigerians against them, or relatives still in the territory, is strong.

Inside the building, where the portrait of General Ojukwu hangs in many rooms, there were only Biafrans. No one else was allowed to enter. Ignatius Kogbara, the highest‐ranking representative here, who recently returned from Biafra, spoke calmly, it was said, to the people who had surrounded him since early in the morning. A tall man in his mid‐thirties, he arrived here from Biafra in 1968 with his wife, Anne, and their four small children. He is not an Ibo; his wife is.

They had lived in Port Harcourt, Biafra’s oil city and port, which was taken by the Nigerian forces in May 1968. Many observers felt with the fall of this city that Biafra had lost. But the war continued for 20 months more.

Mrs Kogbara, a tall woman with a soft voice, was willing to talk to a friend outside the building. Small clusters of Biafrans, entering and leaving, tried to persuade Mrs Kogbara not to do so.

“Look, you see, how I am calm,” Mrs Kogbara said to her weeping friend. “There was no more hope that we could go on, you knew that yourself, but remember what we did. Don’t forget, after a blockade of two and a half years, we still kept on. If Britain—if this island— had not been helped by America could she have won the war against Hitler?”

She then went back into the building, which has been the rallying point for an estimated total of 3,000 Biafrans in Britain.

The British Government was unable to report the number of Biafrans in the country since it did not recognize the secessionist state. Biafrans who entered Britain held Nigerian or British passports.

In London, they were a small, often forlorn, but dignified group who kept calm even when the war news was bad and, one by one, the important towns of Biafra fell. A majority are students. Others who are older stayed on, hoping that when the war ended they could return to Biafra to rebuild it.

Many Biafrans here felt frustrated or unhappy in this country. They felt official British support of Nigeria, and supply of arms to her contributed heavily to Biafra’s peril.

A large, number of Biafrans had no choice but to stay in Britain. Ther families had been killed or their whereabouts were not known. Their hometowns were under Nigerian control.

A 34‐year‐old housewife, who has never admitted the possibility of defeat, broke down and said:

“I want to go home and take my children and die in Biafra. I am safe here—but what am I doing being safe among our enemies?”

“Britannia rules the grave” and “Biafra—Britain’s shame” was on some placards carried tonight by British supporters of Biafra. A small procession marched from Trafalgar Square to 10 Downing Street, the residence of Prime Minister Wilson, where they left a petition demanding that Britain send immediate relief supplies. There is considerable scepticism here among Biafran sympathizers that the Military Government in Lagos will expedite relief supplies to starving Biafrans in time to save them.

The name of the Biafra Relief Services Foundation will have to be changed, but “we are not closing down,” Don Anyanwu, the organization’s president, said firmly yesterday.

The foundation, in its 18 months of operations from basement offices at 777 United Nations Plaza has collected $5.25‐million for emergency help. Most of the aid is going to feed and care for refugees, he said, or to hospitals and orphanages. The organization’s board, which includes religious officials, is to meet Saturday to pick a name.

Mr Anyanwu, 31 years old, who is attending New York University as a mathematics fellow, said that the organization planned to shift its activities from relief to rehabilitation, and intended to continue appealing to the public for help. 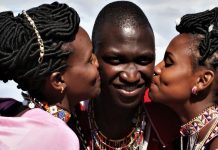 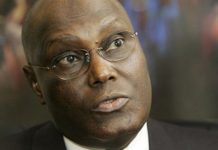 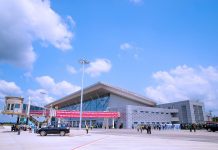