The Western Nigeria Security Network (WNSN), codenamed, Amotekun, (a Yoruba word for leopard) which launched in Ibadan on 10 January 2020 has received the endorsement of one of Nigeria’s foremost civil rights campaigner, playwright and Nobel laureate, Prof. Wole Soyinka.

Soyinka made the endorsement in a speech at the “Never Again” Conference, organized by Nzuko Umunna, to commemorate 50 years of the end of the Nigerian civil war which started in May 1967 and ended in January 1970.

Soyinka said the setup of the security outfit by the six governments of southwestern Nigerian states was “a desirable New Year gift.” and a fulfilment of the yearnings of the people of the region.

“My second remark is to say thank you to a number of public-spirited, humanity-considering governors in this nation, who finally responded to the demand and yearnings of the citizens and produced one organisation called Amotekun”, he said.

“This is most unexpected. I had given up on them. It was the most unexpected, but desirable New Year present this nation has ever received. Whether you agree or disagree, the point is, the yearning of the people has been fulfilled.”

The southwest region claims there has been an upsurge in crimes in the region in recent times owing to an alleged mass influx of strangers from the Sahel into their forests. They say reports of rape, abduction and killings of indigenes largely went unreported by the media.

The proponents of Amotekun say the outfit is only to complement the Nigeria Police (the only statutory policing organ recognized in the Nigerian constitution) and not a substitute for it.

Many observers hailed the establishments of the organization but angry voices echoed from sections of the interior north.

Mass killings, terrorism, kidnapping, armed robbery, cultism and other crimes appear to have heightened in Nigeria since 2015 forcing several states to look to alternative local security arrangements to secure their jurisdictions.

But fears are now been expressed in some quarters if Amotekun might eventually be used against other ethnic nationalities settled in the southwest of Nigeria, where Lagos, the nations commercial capital, is a part of. 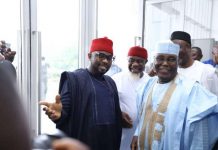 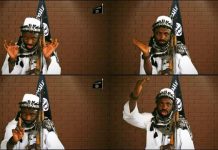 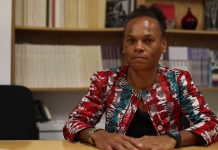