The Labour leaders reached this resolution at the end of NLC national executive council meeting in Abuja on Friday 21 December.

Mr. Ayuba Wabba, the Union’s president said in a statement they “strongly condemned” the continued delay by the federal government in transmitting a bill of the new national minimum wage to the national assembly for approval.

“The protest is to express anger and total dissatisfaction over the delay by the federal government in transmitting, enacting and implementing the new national minimum wage of 30,000. The NEC-in-Session approved that the protests should hold in all state capitals and the Federal Capital Territory Abuja on January 8, 2019. The NEC mandates all industrial unions and State councils to fully mobilize workers and coordinate with other labour unions for this mother-of-all protest.”

President Muhammadu Buhari on Wednesday 19 December during the 2019 budget presentation suggested there would be a review of the 30,000 already agreed with the Labour leaders in the tripartite committee negotiations.

In that speech, Mr Buhari said he was “committed to addressing the issue of a new (national) minimum wage”, and although he said he had made provisions for “a new minimum wage” in his budget proposal, he fell short of mentioning the exact 30,000 figure agreed, to the consternation of Labour leaders.

But Information Minister, Lai Mohammed, worried about the “embarrassment” the strike could have on his government only weeks to the general election is pleading with the Unions for more understanding. “The Nigeria Labour Congress is a very patrotic union”, he flattered them, “I am very confident that they will not do anything that will embarrass the government or do anything that is going to worsen the situation.”

The Union’s demand is coming amid government dwindling revenues and warning by the president to the State governors that the “economy is in a bad shape” and that it is “going to be harder than before.’’ 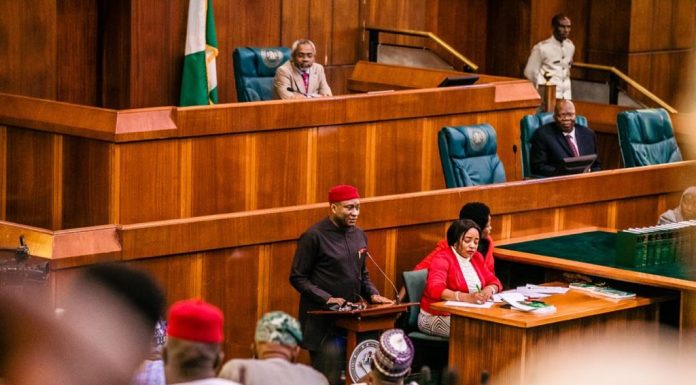