Mrs. Ezekwesili said at a news conference in Abuja on Monday 10 December, that making the bill into law was a positive for Nigeria’s democratic development.

She said the constitutional will of Nigerians are expressed through elections since 1999, and therefore the chain should not be broken in the 2019 General Elections. According to her, without a democratic and electoral system that enables quality candidates to participate, it will be impossible to get competent leaders into elective offices across the country.

“The 1999 transition to civil rule and the election that ushered in our latest experience of democracy was the beginning of the longest ever and unbroken cycle.

“This democratic turn of event may not mean much seeing that it has not translated to good governance and improvement in quality of life to citizens. The 2019 elections are looked upon as the moment Nigeria must entrench electoral integrity and level playing field for all contestants.

Ezekwesili says she’s calling the press conference to demand that President Buhari signs the Electoral Act Amendment Bill transmitted by the National Assembly into law. The Bring Back Our Girls co-convener added that failure to sign the electoral bill would undermine transparent and democratic growth of the country.

“The President should immediately request the National Assembly to re-transmit the amendment bill for his swift assent. The President must be reminded to avoid all actions that will mar the genuineness of the 2019 elections”, she concluded.

But analysts believe the matter is out of the president’s hands who on Friday 7 December returned the bill unsigned to the legislators. The national assembly due to resume sitting today Tuesday is likely to commence discussion on the propriety or otherwise of overriding the president’s veto on the bill exercised by his decline to sign. 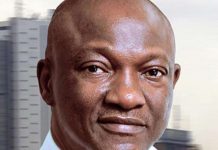 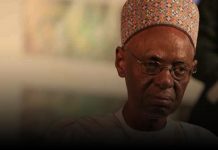