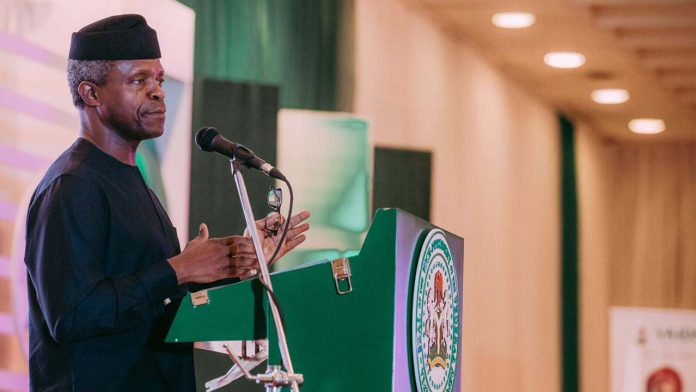 The bickering over Nigeria’s actual debt status between the APC-led federal government and the opposition parties have been resolved by BudgIT, a civil society organization devoted to transparency and accountability in public finance.

Nigerian Vice President, Yemi Osinbajo, had in a speech on Saturday, October 27,  during the 9th Public Lecture of Sigma Club held at the International Conference Centre, University of Ibadan, claimed that the brouhaha by the opposition about the ballooning borrowings by the Buhari administration was unfounded, as the country’s total debt under their watch had increased by only $10 billion from $63 billion they inherited in 2015 to $73 billion as at June 2018.

The Buhari administration had raised concerns about its spate of borrowing, incurring warnings from the Senate and international organizations, after senate had approved $2.5 billion to finance the 2018 budget deficit, the fifth major external borrowing in just three years of this government.

Against this background, the federal government is want to counter the negative perception that it is strangulating future generations with debts most of which will mature for repayment long after it’s saddle on the seat of power.

Opposition, PDP, Goes On The Attack

But the main opposition party, PDP, which was in power uptil 2015 would not let it pass. Its National Publicity Secretary, Mr Kola Ologbondiyan, in a press statement Wednesday 31 October accused the vice-president of using “falsified financial templates” to try to exonerate its complicity in the debt situation. PDP argued that Buhari-led administration’s annual borrowing was about 3.7tn between 2016 and 2017, as against the 1.04tn annual borrowing perimeter between 2008 and 2015 under the PDP.

“It is an incontrovertible fact that the Buhari administration has accumulated more debts than any other administration in the history of our nation.”

Citizens became confused as to who was really telling the truth and who was the culprit in the debt crises engulfing the country’s finances. Nigeria’s debt servicing is taking nearly 50% of the country’s 2018 annual budget.

In analyzing the true state of affairs, BudgIT had relied on figures it gleaned from the Debt Management Office (DMO), the government department at the presidency responsible for managing Nigeria’s debt.

By critically examining the profile, the organisation said, it came to the conclusion that Osinbajo’s claims that the entire federation borrowed only 3trillion or $10 billion in three years of this administration was factually misleading.

“It is public knowledge that the Naira was devalued in recent years, and this singular act shrunk and expanded a lot of indices.

“Those who put forward $10billion are comparing the wrong values without adding the important information that exchange rates for the times are different. From our research, we have observed that this administration borrowed $22billion in three years.

“But due to naira devaluation gains, total public debt stock (for the entire federation) increased by $10billion, which makes current claims true.

“This does not mean that Federal Government borrowed less domestic debt in 3 years. It only goes to show that the domestic debt of FGN grew from 8.39trillion to 12.15trillion from 2015 to 2018 respectively.

“Buhari’s administration borrowed $10.49 billion from external sources, and 3.76trillion from domestic sources. In dollar terms is $12 billion, with a total debt stock of $22 billion.

To deceive the public&divert attention to the alarming borrowing spree of @MBuhari administration, the APC-led FG converted domestic debt borrowed in naira under its watch, to the US dollar so that the very high exchange rate will make the domestic debt look smaller in dollars.

“It can then clearly be shown that the Naira equivalent of the total debt has risen from 12.1trillion to 22.4trillion, a growth of 10.3trillion.

“It is important to classify debt into two categories considering that external debt will be paid in USD or other currencies while domestic debt will be settled in Naira. This invariably has consequences for debt servicing costs in the near term.

“It is hoped that this “marginal” increase in debt in USD terms does not unleash excessive borrowing by the federation, considering that public revenue in USD equivalent has also severely shrunk.

“States’ domestic debt rose from 1.69trillion in June 2015  to 3.477trillion in June 2018. Adjusting this for USD also does not tell the full story. States debt costs are deducted in Naira equivalent at prevailing official rates.

“However, devaluation provides adjusted gains especially for monies earned in USD such as oil & gas revenues but losses for those earned in Naira such as CIT & VAT, when converted to USD.

“The devaluation of the Naira has impacted directly on the purchasing power of Nigerians, with income severely shrunk in Naira terms while those who export especially in non-oil sector have seen relative gains.

“BudgIT believes that acquiring debt is not bad if put to judicious and profitable use for the citizenry, but we request more transparency on self-liquidating capital projects that such borrowings are tied to. We believe Nigeria should expand total revenue to at least meet its recurrent costs, in line with the Fiscal Responsibility Act. 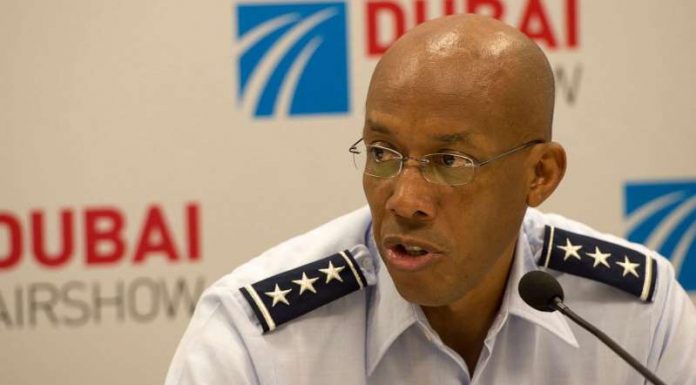 Editor - November 11, 2018
0
This report was funded by the Daily Trust Foundation and supported by the MacArthur Foundation.