Nigeria’s biggest airline entrepreneur & Chief Executive Officer of Air Peace Airlines, Chief Ifechukwu Allen Onyema has been indicted in the U.S. for bank fraud and money laundering of up to $20 million from Nigeria through several United States bank accounts.

The indictment was made in a statement released on Friday 22 November by the U.S. Attorney’s Office for the Northern District of Georgia, titled “CEO of Nigerian airline indicted for bank fraud and money laundering”.

Onyema, according to the statement, was being charged alongside Ejiroghene Eghagha, the airline’s chief of administration and finance for “bank fraud and committing aggravated identity theft in connection with the scheme.”

“Onyema allegedly leveraged his status as a prominent business leader and airline executive while using falsified documents to commit fraud.

“We will diligently protect the integrity of our banking system from being corrupted by criminals, even when they disguise themselves in a cloak of international business,” the statement asserted.

Robert J. Murphy, the special agent in charge of the Drug Enforcement Administration (DEA) Atlanta field division, shocked many when he alleged: “Allen Onyema’s status as a wealthy businessman turned out to be a fraud. He corrupted the U.S. banking system, but his trail of deceit and trickery came to a skidding halt.”

Robert Hammer, another special agent, accused Onyema of setting up “various innocent sounding multi-million dollar asset purchases which were nothing more than alleged fronts for his scam”.

The statement alleged the Anambra State born billionaire had started travelling frequently to Atlanta, where he opened several personal and business bank accounts. Between 2010 and 2018, over $44.9 million was allegedly transferred into his Atlanta-based accounts from foreign sources.

After he founded Air Peace in 2013, Onyema, they claimed, had gone to the US to purchase aircraft and “over $3 million of the funds used to purchase the aircraft allegedly came from bank accounts for Foundation for Ethnic Harmony, International Center for Non-Violence and Peace Development, All-Time Peace Media Communications Limited, and Every Child Limited.

“Beginning in approximately May 2016, Onyema, together with Eghagha, allegedly used a series of export letters of credit to cause banks to transfer more than $20 million into Atlanta-based bank accounts controlled by Onyema.  The letters of credit were purportedly to fund the purchase of five separate Boeing 737 passenger planes by Air Peace. The letters were supported by documents such as purchase agreements, bills of sale, and appraisals proving that Air Peace was purchasing the aircraft from Springfield Aviation Company LLC, a business registered in Georgia.”

But the airlines boss in a quick rebuttal dismissed the allegations as “false and are in no way in line with my character as a person and as a businessman.”

His statement released this Saturday morning 23 November, barely 24 hours after the charge, vehemently insisted that all the money transferred for the purchase of aircrafts passed through the proper channels of the Central Bank of Nigeria (CBN).

“Thank you for reaching out to me”, he said. “I can confirm to you that all allegations are false and are in no way in line with my character as a person and as a business man whose only aim has been to build Nigeria and improve well-being.

“As the press statement clearly stated, these are indictments that only contain charges. I am innocent of all charges and the US government will find NO dirt on me because I have never conducted business with any illegalities.

“Be rest assured that I also have my lawyers on this and these mere allegations will be refuted.

“I never laundered money in my life, neither have I committed bank fraud anywhere in the world. Every Kobo I transferred to the US for aircraft purchase went through the Central Bank of Nigeria LC regime and all were used for the same purpose. The American companies that received the funds are still in business. I never took a penny from any US bank or Nigerian bank. I am willing to defend my innocence in the US courts.”

Onyema’s ordeal shocked many in Nigeria and his admirers around the world who hold him and his airline in reverential esteem after he volunteered at his airlines cost to undertake several rescue flights to convey thousands of stranded Nigerian countrymen back to their homeland in the wake of xenophobic attacks against in South Africa earlier this year.

That singular feat inspired confidence in millions of Nigerians and did much to restore Nigeria’s harshly battered image abroad.

Air Peace Airlines, founded in 2013, is Nigeria’s largest indigenous carrier with over 25 airplanes on its fleet. She is being promoted as a preferred choice for Nigeria’s official carrier status as Nigeria’s government mulls over setting up an official carrier for the country. Some conspiracy theorists are trying to make a speculation connecting the airlines towering credentials and the stiff domestic and international competition with this sudden indictment. 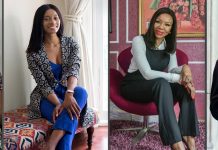 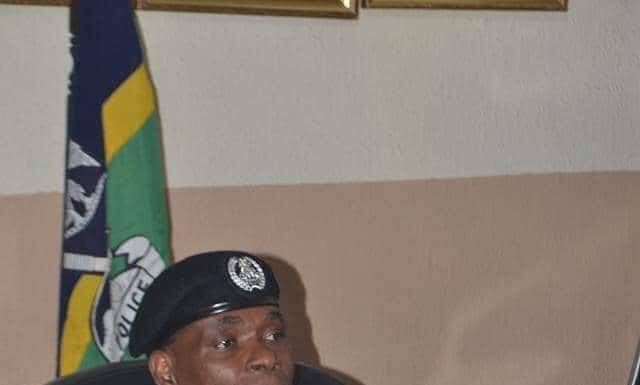