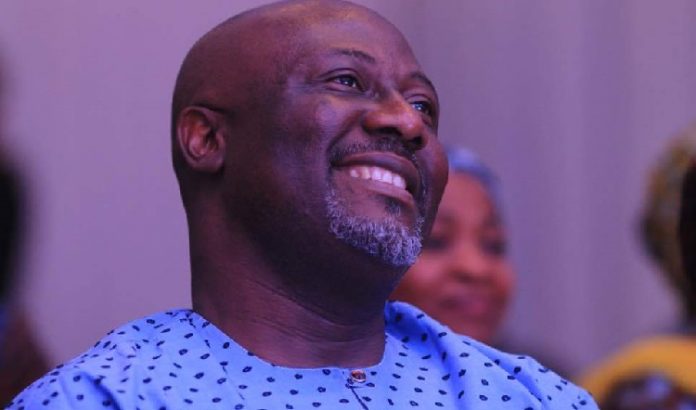 Senator Dino Melaye [PDP, Kogi West] is raising alarm of a siege by men of the Nigerian Police at his 11 Shanga Street, Maitama, Abuja home since around mid-day of Friday 28 December.

Police numbering at least 20 are said to have successfully broken into the lawmakers home after they were initially refused entry. The Senator is said to be holed-up inside one of the apartments in the building and refusing to surrender to the operatives.

Several Police Rapid Response Squad vehicles are sighted in front of the building. It was gathered that they arrived at about 12:45pm and blocked the gate with their vehicles.

Journalists have since swamped the scene but have been prevented from recording the operation. The head of the police team confirmed their mission to arrest the Senator but refused to make further comment.

Tweeting from an unknown location inside, Melaye updated his supporters,

Cameras recording. They are trying to plant guns in the cars outside. We are watching

Melaye had last week claimed he had intelligence that the Inspector-General of Police had ordered that he [Melaye] be arrested on trumped-up charges and injected to death. The Police denied it had such plan.

But today’s events could give credence to the Senators allegation.

Dino Melaye is a key opposition figure, an ally of the Senate President Bukola Saraki, who together dumped the party of the government in power – All Progressives Congress to join the opposition.

SOS: The Nigerian Police @PoliceNG has just invaded Senator @dino_melaye’s house. Forceful entry was made and the gate blocked to prevent any entry or exit of civilians. The security guard I’m informed has been severly beaten.

Is this the price the opposition has to pay daily? 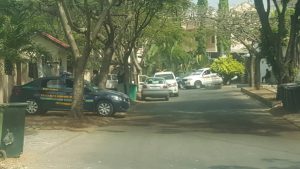 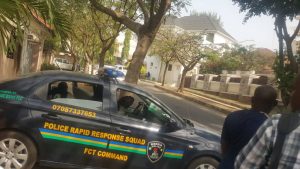 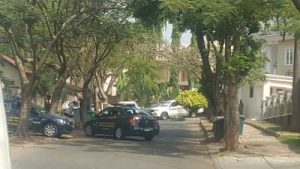 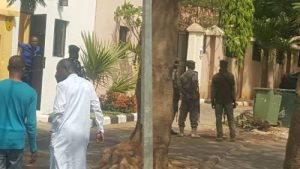 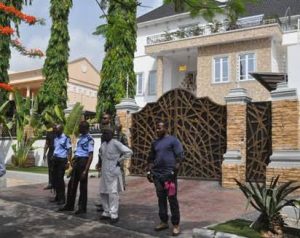 This is a developing story, and we will be updating this page as additional details are available. 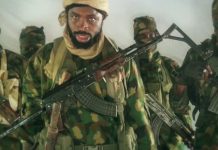 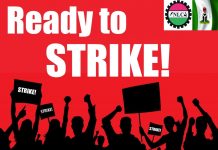 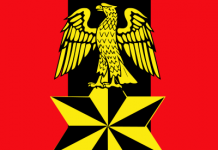 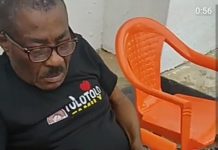