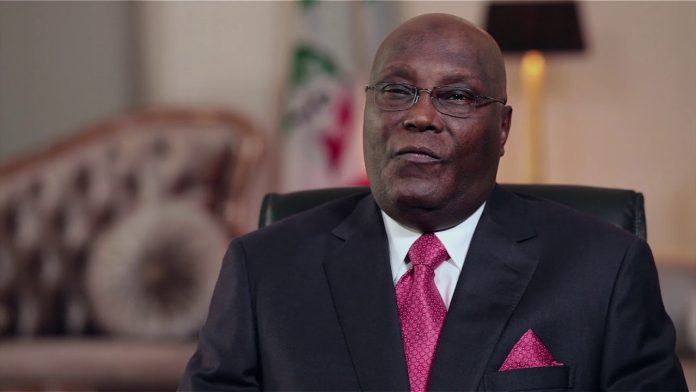 Atiku was reacting to a speech President Buhari made on Christmas day while receiving a Federal Capital Territory community who came on Christmas homage at his official residence in Abuja. Buhari told his guests that “people are calling me Baba go slow”, but that “It’s not Baba (Buhari) that is slow, but it is the system. So, I am going by this system and I hope we will make it.”

The president was complaining that he could not be as fast as he was when he was a military head of State in dealing with the fight against corruption, saying “now when I have to go by this system (Democracy,) where people have to be arrested and then prosecuted, taken to court.”

But his main opponent, the Waziri of Adamawa on Wednesday latched on to the president’s comment to characterize it as the president’s admittance of failure in the fight against corruption.

In a statement Atiku Abubakar personally signed, he disputed the president’s blame on the system drawing the president’s attention to how previous administrations used the same system effectively to deal decisively with corruption cases.

Atiku wrote: “My immediate response to this is to commend President Buhari for admitting that he has failed in fighting corruption. The President has just corroborated Transparency International, whose latest Corruption Perception Index shows that Nigeria is more corrupt today than it was under the previous administration, having moved 12 places backwards in the CPI, from 136 in 2014 to 148 this year.

“But my point of departure from the President is in blaming his failure on the system. I disagree. The system has challenges, yes, but where there is political will, the system can make progress. “I was Vice President of Nigeria from 1999 to 2007 and we used that same system to speedily convict no less a personality than an Inspector General of Police, and several others including cabinet ministers and other high officials.

“Mr. President, the problem with your anti-corruption war is not the system. You are the problem!

“The system allows you to arrest, try and convict your former Secretary to the Government of the Federation, who was fingered in a major corruption case, but you chose to let him go Scot free and you demonstrated your tolerance for his corruption by giving him a prominent role in your re-election campaign and recently welcoming him to the Presidential Villa with open arms.

“The system allowed you to arrest, try and convict Abdulrasheed Maina, the biggest ever alleged thief in our civil service history, who is suspected of looting the pensions of millions of aged Nigerians. Yet you chose not to go that route, preferring instead to recall him, reinstate and double promote him while giving him armed guards to move about.

“The system allows you to probe the $25 billion NNPC contracts awarded without due process, but you chose to bury the matter under the carpet, hoping the Nigerian people will forget about that grand scale alleged looting exposed by a leaked memo from a member of your cabinet.

“Finally, nothing in the system stops you from telling Nigerians who owns the billions found in an Ikoyi apartment.

“Based on the above statement of facts, I will not allow you to to make Nigeria the scapegoat for your failure. Your failure is personal, and not national.

“If you could go abroad to insult Nigerian youths as lazy, why did you go to Paris to praise a governor who was caught red-handed receiving bribes on camera?

“The system did not stop the EFCC from charging the opposition Governor of Akwa-Ibom, Mr. Udom Emmanuel, as a co-accused in the case involving the NBA Chairman, Mr Paul Usoro (SAN). Contrast this with the treatment meted out to Governor Umar Ganduje of the ruling All Progressive Congress.

“Besides, your excuse is deceptive, because you have staunchly resisted restructuring. If you really believed that the system is the problem, you would have embraced restructuring.

“Unfortunate as your admitted failure in the war on corruption is, it is your economic policy that is the greater failure. Your lack of ideas and your politicisation of the corruption war has made your administration fight legitimate businesses and the opposition.

“I might add that it is actions such as this that have led to an unprecedented capital flight which has caused joblessness and made Nigeria the world headquarters for extreme poverty under your watch.” 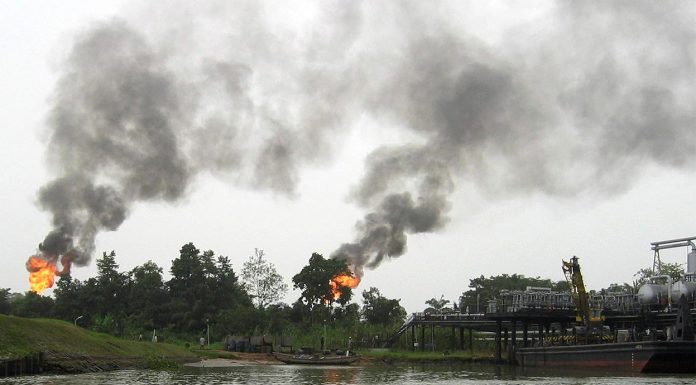