Men of the Lagos State Emergency Management Agency, Lagos State Fire Service and some private firefighters have been battling the inferno for over six hours as at the time of this report.

The backside of the first building collapsed early in the afternoon.

Several traders were seen struggling to salvage their goods from the burning buildings and those close to them, lamenting the inability of firefighters to put out the fires.

Most shops in the market were shut down.

One traders lamented, “It is over six hours and as you can see, the fire is still burning. The government keeps failing us everyday, it’s taking forever to put out this fire.”

There were reports of looting by miscreant as the confusion and helplessness continued.

The cause of the fire unknown and the extent of damage yet to be quantified.

The spokespersons for LASEMA and the fire service, Nosa Okubor, and Adeleke Ashimi, respectively, confirmed the incident.

However, Ashimi added that another complex on Dosumu Street, about 500 meters from Martin Street, caught fire as well.

“Our men are on their way there as well. We don’t know the extent of the fire yet,” she added.

This is one too many in a series of strange fire outbreaks in markets around the country in the last few weeks. Similar market infernos occurred in Onitsha, Maiduguri, Benin and Jalingo, destroying and with it livelihood and hopes of many. 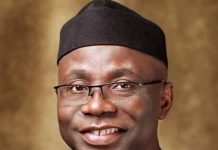 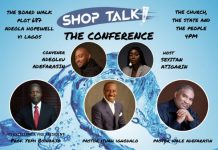