The main opposition Peoples Democratic Party presidential campaign council has announced what it calls the Mother of All Rallies in the oil-rich city of Port Harcourt to flag-off its zonal presidential campaign for the South South geopolitical region in the forthcoming 16 February election.

The date is Tuesday 08 January at the Adokiye Amiesimaka Stadium, Port Harcourt, where it will be recalled it held its outstandingly peaceful and successful party presidential primary on 07 October, won decisively by Atiku Abubakar.

The PDP South South Zonal Presidential Rally is coming on the heels of a corresponding one by incumbent President Buhari’s All Progressives Congress which was held at the Godswill Akpabio Stadium, Uyo on 28 December 2018 with an impressive turnout. 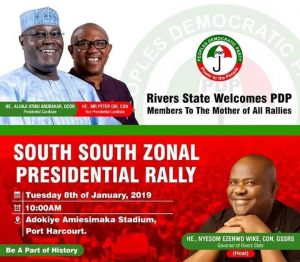 In the South South and South East regions, long regarded as the main opposition PDP stronghold, has seen the ruling APC in recent times make incursions into the region by wooing big politicians of the zone to the ruling party.

By the rally, PDP will be trying to turnout her massive supporters to the rally to leave no one in doubt of her predominance of the geopolitical landscape of the two sister regions.

The event will be hosted by opposition strongman, Gov. Nyesom Wike of Rivers State and the PDP apparatichik of the region. 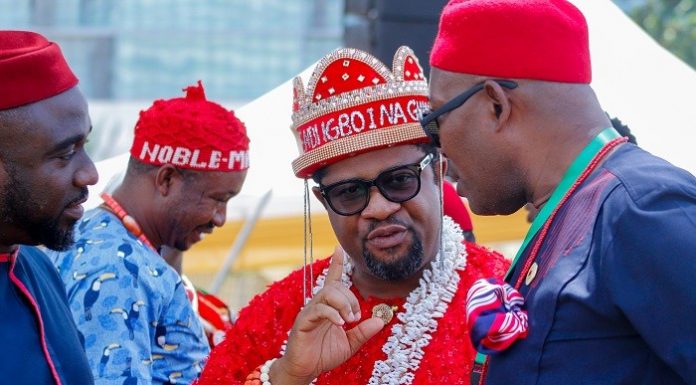