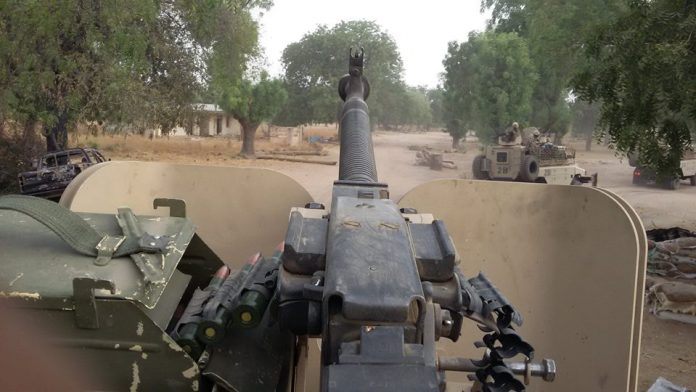 The recent spate of Boko Haram attacks in northeastern Nigeria have negated President Buhari’s claims when he assumed power in 2015 that the radical Islamist group (many being thugs who have hijacked the religion of Islam for their own purposes) had been ‘technically defeated’. His narrative that Boko Haram was ‘technically defeated’ was false as soon as he uttered those words.

There is, in a purely military sense, no such thing as a ‘technical defeat’—something the President, as an ex-military man ought to know. Sadly, he also chose to make the successes of 7 Infantry Division and 72 Mobile Strike Force (MSF) his own, when it wasn’t.

President Buhari and his team were, however, part of the political leader group that led the vocal charge about STTEP’s presence in Nigeria, making it a burning political issue even before they assumed office. Indeed, they made it known that the company’s presence would not be tolerated under his office.

The initial 3-phase campaign strategy (known as ‘Operational Anvil’) to degrade and destroy BH in Borno State, was rejected by his advisors. Instead, pressure forced only a small part of the campaign to be successfully implemented before we were ordered to pack up and leave.

They were, however, quite happy to allow the armed forces to receive both substandard training and the incorrect equipment provided by both foreign governments and their PMCs—along with the worst possible ‘military advice’. When this approach failed, the military could be blamed for any lack of success.

Whereas it remains a government’s prerogative to ‘hire-and-fire’ who they so wish, it is sad that the President preferred defeat above victory, as soldiers can only do what they are trained, equipped, and led to do.

Do it poorly, and they die—and the innocent and defenceless suffer.

Many of the men we trained as part of 72 Mobile Strike Force have remained in contact with us (STTEP), pleading for our return to Nigeria. They have also told us that they have been used to a point of exhaustion. But, rumours also bubble beneath the surface that President Buhari viewed Boko Haram as an instrument that could reduce the force and standing of the military and thereby protect him from a possible coup d’état. 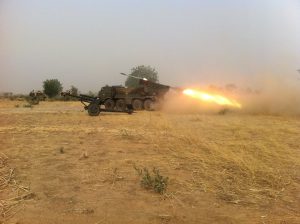 Over the past few weeks, Boko Haram have executed numerous attacks on the Nigerian Army, causing numerous casualties and capturing massive amounts of equipment and ammunition. Raids on villages and the slaughter and kidnapping of the innocent and defenceless has continued—and in some instances intensified—under the reign of the President Buhari’s government. Sadly, the government has yet to issue a statement informing its citizens of what is really happening—and how a ‘technically defeated’ enemy can be so effective.

As Boko Haram’s activities and actions increased, so too did the silence about the increasing problems in Nigeria’s Borno State. Prior to, and following our departure from Nigeria, we issued numerous intelligence warnings to his government. These warnings covered the implications of not allowing the 72 MSF to annihilate BH in Borno province; the plans by Boko Haram to rearm and escalate their activities; the implications of regional spill-over, the impact on the armed forces; and so forth.

These intelligence warnings were all rejected in favour of a false belief. Neighbouring countries were advised not to listen to us as it was claimed to be a cheap attempt to ‘get a contract’. Chad, Cameroon and Niger are now also reaping the benefits of rejecting intelligence in favour of an agenda-driven narrative aimed at destabilising an entire region—a region where Nigeria remains a prime target.

The reality is that these forces can be defeated. But victory requires more than a few soundbytes. Soundbytes do not—and never have—resulted in victory over an enemy.

Ultimately, the innocent suffer and soldiers die, and every tactical victory Boko Haram achieves merely incentivises them to continue. This also gives impetus to the plans and actions of other radical terror groups across the continent.

North-eastern Nigeria is an example of what can happen when intelligence is rejected in favour of a false narrative.

Don’t blame the armed forces when poor political decisions result in the deaths of people.