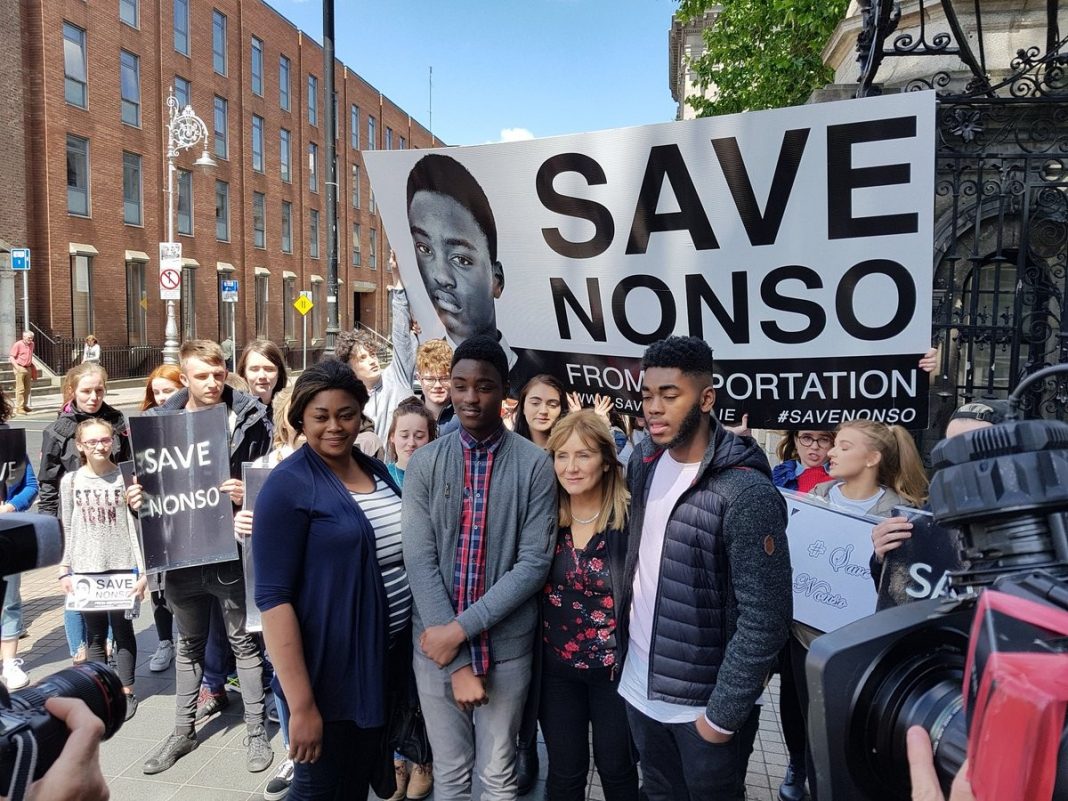 Irish students have successfully campaigned to save their classmate from being deported to Nigeria.

Nonso Muojeke, 14, is a student at Tullamore College in County Offaly, where he has lived with his family for the past 11 years.

His mother was reportedly forced to flee Nigeria after her husband died in 2006, but after their application for asylum was denied the family faced deportation.

When they heard the news, Nonso’s classmates launched the Save Nonso campaign, gathering supporters from around the world to back the cause and making a video to pressure justice minister Charlie Flanagan into letting him stay.

Nonso had reportedly been “petrified” at the prospect of leaving Ireland, where he has spent the vast majority of his life.

The campaign came to a head when the students delivered a petition with 22,000 signatures to Mr Flanagan requesting that the family could be allowed to stay.

'I don't think I could ask for better friends'

'I don't think I could ask for better friends': There have been celebrations at Tullamore College in Co Offaly after a 14-year-old student was granted leave to remain in Ireland. Students and teachers at the college had mounted a campaign against the deportation of Nonso Muojeke

“Forcing him to leave the only home he knows will inflict great harm on this young boy.

“Minister Charles Flanagan has the power to keep Nonso where he belongs – with his friends and community who love and care for him in Tullamore.”

On Wednesday Nonso, together with his mother Chidiebere and older brother Victor, were granted leave to remain in Ireland.

According to the Irish Times, Nonso issued a statement that evening in which he said: “I would like to thank the minister [for justice] for the humane way in which he handled my case.

“I am very grateful to my friends, my school, the Tullamore community and everyone else who has supported me. I am really looking forward to my future here in Ireland.”

MP Barry Cowen, who had backed the campaign, said he was “thrilled to have been able to support the Save Nonso and the Muojeke Family from deportation campaign in the Dail”.

“The two boys and their mother have been part and parcel of the Tullamore community for many years and it would have flown in the face of common sense to send them back to a country they didn’t know.”

A statement from the Irish Department of Justice said the Irish Naturalisation and Immigration Service (INIS) had come to the decision after “a detailed reconsideration of the family’s immigration case in light of court proceedings and the receipt of updated submissions from the family in September.

“The reconsideration was completed towards the end of last week with the relevant decision letters having been issued earlier this week.”