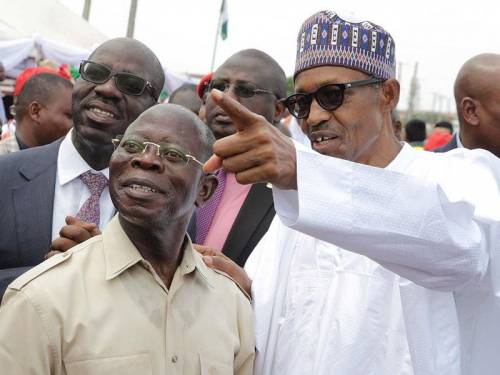 The Department of State Services (DSS) has asked President Muhammadu Buhari to prosecute Adams Oshiomhole, National Chairman of the All Progressives Congress (APC), for allegedly receiving at least $55million in bribes before and after the party primaries all over the country.

In October, Sahara Reporters had reported how Oshiomhole and his cronies received up to 50million in bribes to award last-minute tickets to undeserving members of the party. The DSS subsequently grilled Oshiomhole last week, with reports emerging that the former labour leader had been asked to quit the office.

Oshiomhole responded by saying the DSS did not hire him, hence couldn’t demand his resignation from office. But Sahara Reporters can now confirm that not only is the DSS asking for Oshiomhole’s removal from office, the agency is asking the presidency to prosecute him.

Sahara Reporters can also confirm that the figures mentioned earlier are nothing compared to what the DSS documented in a report it forwarded to the presidency and the Economic and Financial Crimes Commission (EFCC) some days ago.

“Total $55 million is what Adams is alleged to have received. Some party chieftains claim it is $80 million,” a source aware of the contents of the report told Sahara Reporters.

According to report, $17 million is what Oshiomhole allegedly received as bribe from Zamfara: $10 million for him, $7 million shared between Farouk Adamu, former Minority Leader of the House of Representatives; Niyi Adebayo, former Governor of Ekiti State. He received from other party chieftains, too.

“Adamu was the collection coordinator,” said the source.

“Hope Uzodinma, the APC governorship candidate in Imo State, gave $3 million; Rochas Okorocha, Governor of the state, offered $500,000 but it was rejected; Dapo Abiodun, the APC candidate in Ogun State, paid $5 million. The DSS also said some of the money was paid into Oshiomhole’s niece’s account.”

It is unclear if Buhari will follow the recommendation of the DSS for Oshiomhole’s prosecution, as Sahara Reporters understands there is pressure from Bola Tinubu, National Leader of the APC, and Vice President Yemi Osinbajo, to give the former Edo State Governor a soft landing.

“Their thought is that with the 2019 election so close, such upheaval will not be in the interest of the party’s aspiration for victory,” the source said.

At a glance, below, is a table showing those names confirmed by Sahara Reporters to have been listed by the DSS report as paying or attempting to pay bribes, in millions or hundreds of thousands, to Oshiomhole and his cronies. 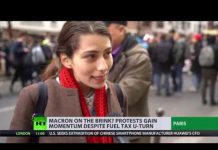