The Deputy Senate President, Ike Ekweremadu has been blamed for the rumpus over the conduct of National Assembly primary election in Enugu State, which arose from the introduction of a suspicious letter from the national chairman of Peoples Democratic Party (PDP).

While aspirants for the election had readied themselves for the primary, the Deputy Senate President was said to have introduced the spurious letter, which purportedly declared that incumbent federal legislators have been granted automatic tickets.

However no sooner had the primary, which lasted into the night, held than it was discovered that the national chairman, Prince Uche Secondus, never signed any such letter or made the dubious and undemocratic declaration.

Already the discovery of underhand methods employed in the conduct of the controversial primary has set PDP in the State, especially against further discovery that unknown to the State governor, Ifeanyi Ugwuanyi, Ekweremadu was using subterfuge to plant his loyalist in strategic positions in the state.

Hints to Ekweremadu’s schemes came to light in Enugu East Senatorial district, where the deputy senate president wanted to railroad Senator Gilbert Nnaji back to the Senate for a record third term against former governor Chimaroke Nnamani, ostensibly to prepare him (Nnaji) for the governorship poll in 2023.

But for the insistence of Governor Ugwuanyi that the Nnamani, who won the primary should not be substituted, Ekweremadu would have got away with his covert designs through the dubious letter from PDP national chairman.

However, aspirants from Enugu North Senatorial district were not lucky, because the development has left the National Assembly primary inconclusive and subject to possible litigation.

Already, a coalition of women groups, Women Arise, has condemned the outcome of PDP’s National Assembly primary election in Enugu State, lamenting that desperate politicians in the state showed their disdain for the womenfolk.

In a statement, the convener and national president of the coalition, Princess May Nwabueze, said: “We watched with keen interest the National Assembly primary election in Enugu State conducted by the PDP and we are sad to note the unjust treatment meted out on women.

“It is curious that out of the all House of Representatives and Senatorial positions in Enugu State, the party did not deem it fit to consider a single woman. This is coming at a time we are talking about deepening the political process and we expect that the PDP should be on the vanguard.”

Women Arise said that it discovered to their chagrin that “at least five women presented themselves for the National Assembly primary elections, but in what we consider as a slap on the faces of all the Women, who of course constitute the bulk of the voting population, the PDP shut the door against the women, manipulated the process and ensured they were not even given the opportunity to test their popularity.

“It is saddening that an election slated to take place in the broad daylight was manipulated to start by 9 p.m. when the majority of the voters, especially the women, had deserted the venue of the exercise, thereby allowing armed thugs to have a field day.

“We, therefore, appeal to the party to reconsider its decisions for the purpose of equity and natural justice. It should not be unmindful of the implications of total exclusion of women in the political process.”

While commending the state governor, Hon. Ugwuanyi for his commitment towards deepening the democratic space in Enugu State, the women decried the continuing attempt by the deputy Senate President to undermine the governor’s leadership by engaging in clandestine activities to plant his cronies.

The women group also enjoined Ugwuanyi not to retain the state’s Deputy Governor, Cecelia Ezeilo, as his running mate in the 2019 governorship election, saying one who does not support women inclusion in the state’s politics does not deserve to be the deputy governor.

If Ugwuanyi picks her as his running mate, then we the women would massively vote against him and he would lose the election,” the group added.

Also a former Enugu North Senatorial aspirant, Chief Chinedu Eya, has called on the leadership of the PDP, to as a matter of urgency, cancel the just concluded party’s primary elections for Udenu/Igboeze North Federal constituency.

Eya contended that the election, which produced Engr. Atigwe Simon, was a sham and fraught with undemocratic tenets, wondering why an election slated to take place in the broad daylight was manipulated to start by 9 p.m. when the majority of the voters had deserted the venue of the exercise, with armed thugs forcing them to submit their eligibility identification cards, which was eventually used to manipulate the system.

In a statement by his media aide, Gwiyi Solomon, Chief Eya noted, “Only an urgent decision from the PDP leadership can help resuscitate the people’s faith in our democratic system.” 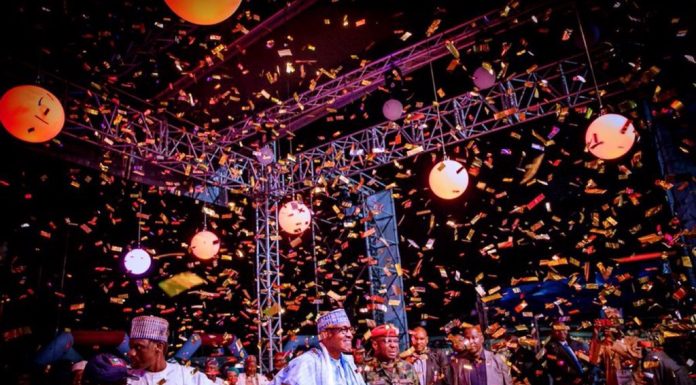 Today Is World AIDS Day 2018: Here Are 30 Questions And Answers About HIV/AIDS For Everyone