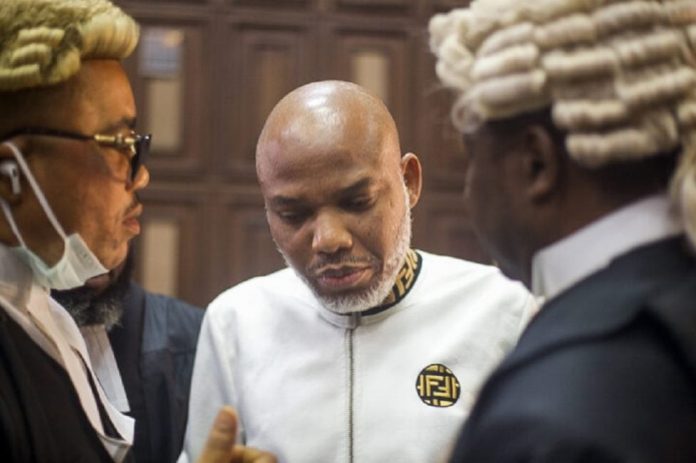 The leader of the Indigenous Peoples of Biafra (IPOB), Nnamdi Kanu has sued the federal government seeking N100 billion (est. $3 million) in damages for his continued detention after being set free by Nigeria’s second-highest court.

The Court of Appeal on 13 October discharged Nnamdi Kanu of the treason charge brought against him and prohibited the government from further detaining him.

In a fundamental rights action filed before a federal high court in Abuja demanding for his immediate release from the facility of the DSS, Nnamdi Kanu is asking to be paid the sum as damages “as reparation for the gross violation of his Rights to Liberty, Freedom of Movement and Dignity of Human Person”.

Following the judgement of the Appeal Court which struck out the seven-count charge preferred against him, Kanu said there was no existing order of any court of law that legitimizes his continued detention.

In the originating court process filed by his lead counsel, Mike Ozokhome, SAN, the plaintiff wants among other things a declaration that his continued detention is “illegal, unlawful, oppressive, unconscionable and unconstitutional” and even a “public apology” from the Nigerian government.

The federal government has appealed for a “stay of execution” in the Appeal Court, saying the release of Mr Kanu posed a serious security risk to the country but Kanu’s attorneys dismiss the government’s application as “grossly incompetent” arguing “a party who is in disobedience of a court order, cannot be entitled to, or be granted the indulgence of the exercise of the equitable discretion of a court of law for ‘Stay of Execution’ of the same order the party is in its contempt.”

In the meantime, a federal high court in Umuahia, Abia State also ordered the federal government to pay the sum of N500 million to Nnamdi Kanu as damaged. Justice Evely Anyadike‘s ruling on his fundamental rights suit said the extraordinary rendition of Nnamdi Kanu was unlawful and ordered that he should be returned to the status quo. 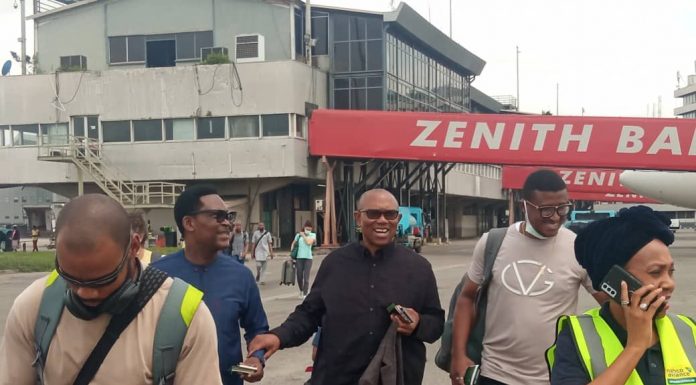