President Muhammadu Buhari successfully convinced doubtful Nigerians in pre-2015 elections campaigns that he was now a converted democrat committed to the rule of law after as an army general he led a military junta that overthrew the democratically elected government of ex-president Shehu Shagari and vice, Alex Ekwueme in the night of 31 December 1983.

Both gentlemen stayed alive but were to die within Mr. Buhari’s 3 year run as a democratically elected president himself. Ekwueme died in 2017 and Shagari died last Christmas day.

Buhari’s presidency has been riddled with various allegations of subversion of the rule of law, the latest being his removal of the head of the judiciary arm of government, Chief Justice Walter Onnoghen. Justice Onnoghen hails from Cross River State in the east and has been replaced by a northern muslim, Justice Tanko Mohammed – himself a former Islamic Sharia Judge.

Uproar greeted the news of the suspension of the Chief Justice almost instantaneously from a cross sections of the Nigerian society.

Reactions came from senior lawyers, including Senior Advocates of Nigeria and professors of law who condemned the President’s action, describing it as unconstitutional, null and void.

Buhari stated that he carried out the suspension on the orders of the Code of Conduct Tribunal, which was given on January 23.

But a SAN, Yusuf Ali, stated that the National Judicial Council remained the body empowered by the Constitution to suspend the CJN.

He said, “The Constitution is clear on who can remove the CJN and in what circumstance. No person, individually, can remove the Chief Justice of Nigeria, no matter how highly placed.

Ali said “I see this as the beginning of unfolding events which end is not in sight”, adding, “God save all of us.”

A SAN and professor of law, Yemi Akinseye-George, said the president’s action “is a misguided action; it’s unconstitutional and it is tantamount to a coup against the Nigerian people and the Nigerian constitution”, adding “I expect that before the end of next week, the court will nullify it”.

Another SAN, Chief Ferdinand Orbih, also condemned the suspension of Onnoghen, saying “The President does not have the power to remove the CJN in the manner he has done it….When the Constitution has laid down a procedure for the performance of a particular act, any deviation from the laid-down procedure is a nullity.”

Similarly, Chief Ifedayo Adedipe said of the development, “I find it scary; I can’t believe this is happening….What makes this scary is that the petition that provoked all these made reference to the imminence of the general elections, which would appear to have been the motivating factor. It is unfortunate.”

The Nigerian Bar Association in its own reaction demanded the immediate reversal of the suspension of Justice Onnoghen. In a statement by its President, Mr Paul Usoro (SAN), the NBA said, “The Nigerian Bar Association unequivocally rejects and condemns this attempted coup against the Nigerian judiciary”. He said, “The action of the Executive portends a slide into anarchy and complete deconstruction of the rule of law and due process.”

The statement added, “We call on the Federal Government to avert the looming constitutional crisis precipitated by its ill-advised action”, and it demanded “the National Assembly to assert its constitutional authority and powers and prevent this slide into chaos and erosion of the rule of law.”

1. The news media has been awash this evening with the news of the purported suspension of the Chief Justice of Nigeria, Honorable Mr. Justice Walter S C Onnoghen, GCON by President Muhammadu pic.twitter.com/RQ6Aw0N72L

Legal Luminary, Femi Falana who’s take on the situation was eagerly awaited, finally reacted describing the suspension of the CJN by the executive as “an act of brazen impunity”.

He said it was “unfortunate that the Bar and the Bench have played into the hands of the sponsors of incipient fascism in the country”, and wondered why “stakeholders in the legal profession stood by and allowed the Office of the Chief Justice to be completely desecrated”.

He warned the president President not to “choose and pick orders of courts to obey”.

President Buhari’s decision to suspend Onnoghen, was in contravention of a court order restraining the President, the Code of Conduct Tribunal and the Attorney-General of the Federation from removing Onnoghen, Saturday PUNCH has learnt.

According to court documents obtained by our correspondent on Friday, Justice I. E Ekwo of a Federal High Court sitting in Abuja on Monday restrained all parties from suspending or removing the CJN.

The order was sequel to a suit filed by the Action Peoples Party with number FHC/ABJ/CS/67/2019.

The judge granted, “an order of interim injunction restraining the 1st (President), 2nd (AGF) 4th (Justice Ibrahim Mohammed), 5th (CCB) and 6th (CCT) whether by themselves, officers, agents, servants, privies or otherwise, however, described from removing the third defendant (Onnoghen) as the Chief Justice of Nigeria pending the determination of the motion on notice.”

The PDP in a statement issued by its National Publicity Secretary, Mr Kola Ologbondiyan, on Friday 25 January said that the PDP rejected in its entirety, the attempts to foist an illegal Chief Justice on the nation while the substantive CJN, Justice Walter Onnoghen remains in office.

Ologbondiyan said that the PDP firmly held that such impunity could not stand calling on the National Assembly to immediately reconvene and proceed with legislative actions against the President.

“There can be no two Chief Justices of Nigeria. Our constitution is clear on how a Chief Justice is appointed and removed, as such does not lie on the prerogative of the President. We urge all Nigerians and the international community to recognize only Onnoghen as the Chief Justice of Nigeria.”

Atiku Calls for Strong Consequences For The President’s Action

Similarly, PDP presidential candidate Atiku Abubakar rejected the appointment of an acting CJN saying “The fact that the unlawful suspension of Onnoghen was announced just as it became public knowledge that the CJN was constituting the election petition tribunals is not lost on discerning Nigerians and the international community.

” This act of desperation is geared towards affecting the outcome of the 2019 Presidential elections. Indeed, it is not just the CJN that has been “suspended”, it is the Nigerian Constitution that has been infracted and, in effect, suspended, under the guise of the suspension of the CJN.”

Abubakar called for unity amongst the judiciary, saying “The judiciary is the last hope of the common man and the defender of our democracy”. He demanded for “strong consequences” by the governments of US and UK.

Bukola Saraki, Senate President and Chairperson of the National Assembly in reaction schooled the president that “Our Constitution makes no provision for suspension of the nation’s highest judicial officer.”

He called for reversal of the decision to allow due process of law to take its natural course in determining the guilt or otherwise and suitability of Onnoghen to continue as the head of the nation’s judiciary.

Speaker of the House Speaks

The Speaker of the House of Representatives, Yakubu Dogara he “watched in disbelief as the Government recklessly deploys institutional prerogatives…subverts and assaults democratic Institutions;… suppresses citizens civil liberties (especially those of opponents) and trample underfoot the media. In short, the Government’s tyrannical and authoritarian credentials are loathsomely legendary.”

“The awfully crude annexation of the judiciary by the President in violation of his oath of office and the Constitution cannot be for any other reason except, as alleged by so many, to prepare the judiciary ahead of time for the purpose of conferring some aura of legitimacy to the contraption that the 2019 general elections may after all become.”

He said he was calling on the president “to remember that he has no better legacy to bequeath other than a good name: which cannot be achieved without honour, character and integrity.”

Drawing a parallel with Hitler’s Germany, Dogora concluded, “As of today, Nigeria is now Germany in the wake of the 1933 Reichstag fire. Our democracy is on fire; ignited by the very people who swore to protect and defend it. That this fire must not convert the Chancellor to Fuhrer as it happened in Germany in 1933 depends on our collective response and that of the international community. We must not bow our knees to dictatorship: not now, not ever again.”

The United States Government expressed worry over Buhari’s suspension of the Chief Justice of Nigeria.

The US Embassy in Nigeria in a statement said the decision of the executive arm of government was “questionable”.

The United States within the week had threatened visa ban on any persons who manipulate the electoral process. The US statement said the governments removal of Justice Onnoghen “undercuts the stated determination of government, candidates, and political party leaders to ensure that the elections proceed in a way that is free, fair, transparent, and peaceful – leading to a credible result.”

The statement said the US government “is deeply concerned” that the executive branch took the decision “without the support of the legislative branch”.

“We note widespread Nigerian criticism that this decision is unconstitutional… and urge that the issues raised by this decision be resolved swiftly and peacefully in accordance with due process”.

On Social Media, Outbursts of Anger Flood The Trending #TyrantBuhari

He deceived us with "change" in 2015, little did we know that our country would only get worse. #TyrantBuhari is at it again. May we never have this kind of president anymore!!

Please if you support Buhari, please unfollow and block me. Im taking it personal now.

Listen to how the great Fela Kuti described General Muhammad Buhari in 1983: " Animal in human skin"

We all must now begin to respect @bukolasaraki for everything he has done to maintain the sanctity of the legislature, our country should be thankful and grateful to him, imagine we have another saraki to cushion the#TyrantBuhari effect in the Judiciary. We shall over come!

It's a black Friday in Nigeria…I weep for my belove country, @MBuhari has finally succeeded in truncating our democracy #tyrantbuhari

A situation where the government is the accuser, the investigator, the prosecutor, the judge and jury, and the executioner portends grave danger to our liberty!
It is El Zakzakky today, it could be anyone tomorrow!#TyrantBuhari

The CCT Judge, Dan Ladi Umar, that recommended the suspension of the CJN also has a pending case of receiving a bribe of $1.8million with the EFCC. If Buhari did not suspend the CCT Judge, why is he suspending the CJN?#TyrantBuhari

A situation where the government is the accuser, the investigator, the prosecutor, the judge and jury, and the executioner portends grave danger to our liberty!
It is El Zakzakky today, it could be anyone tomorrow!#TyrantBuhari 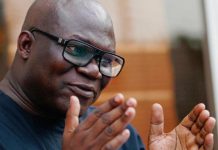 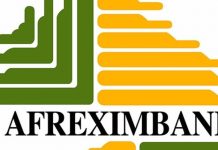