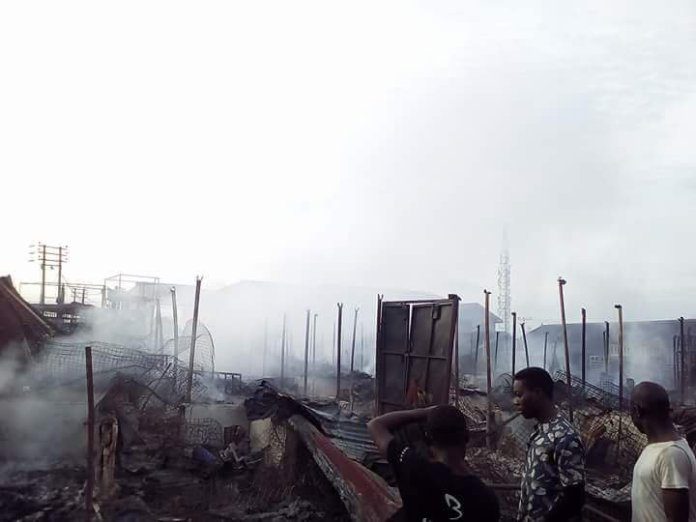 Rivers State Governor, Nyesom Ezenwo Wike on Saturday 27 October, redeemed his pledge to compensate traders of the burnt Fruit Garden Market Port Harcourt , as he handed over bank drafts to them.

Also on Saturday, the Rivers State Government flagged off the reconstruction of the burnt section of the Fruit Garden Market. The foundation stone was laid by the Ebonyi State Governor, Engineer Dave Umahi.

Speaking before presenting the bank drafts to the affected traders, Governor Wike stated that traders with shops got 400,000 (four hundred thousand naira) while traders who operate as attachment got 300, 000 (Three Hundred Thousand naira).

He said: “Today, Government will compensate you, so that you can pick up your lives. We have the bank drafts because we don’t want you to be targeted by criminals. Go to the banks, open accounts and expand your businesses”.

The governor charged the contractors to ensure that the market is completed within the next three months. 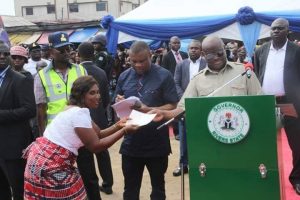 “We have paid 60percent of the contract sum. So, this market must be completed in three months. We have the funds to complete the market in record time.

“We are building a bigger and more beautiful market . All the affected traders must have their shops back, before the remaining shops are allocated to others “, he said.

He said that governance is about trust and keeping to promises. He said that the Mile One Market was burnt under the Amaechi administration, but that administration failed to rebuild the market, despite promising the traders.

He said during the campaign, he pledged to reconstruct the Mile One Market, pointing out that the market will be ready by December.

Ebonyi State Governor, Engineer Dave Umahi praised Governor Wike for his commitment to the rapid development of the state. He said that Governor Wike has proved to be a lover of his people through unending roll out of projects.

He said while others are thinking of the next election, Governor Wike is imitating newer projects for his people.

“Wike has continued to plan projects for his people. He is building up treasure for himself in heaven and touching the lives of his people.

“You may not understand what Wike is doing until you visit other states. In Rivers State, the people are filled with gratitude for the good works”, Umahi said.

He said Governor Wike is a great leader with a golden heart. He urged Rivers people to continue to support Governor Wike.

He said: “Because he is God-fearing and nobody can uproot Governor Wike “.

Special Adviser to the Rivers State Governor on Special Projects, Mr Daks George Kerley stated that market will have open and lock up shops.

He said that the market will have a perimeter fence, a car park, warehouses and security features for the protection of the market.

He stated that the traders will repay the Rivers State Governor in 2019 by overwhelming re-electing him.

Highpoint of the occasion was the handing over of the bank drafts to the affected traders by the Rivers State Governor. 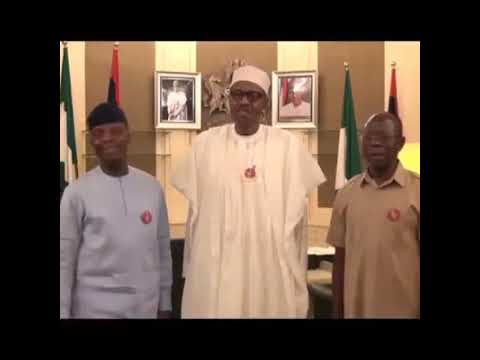