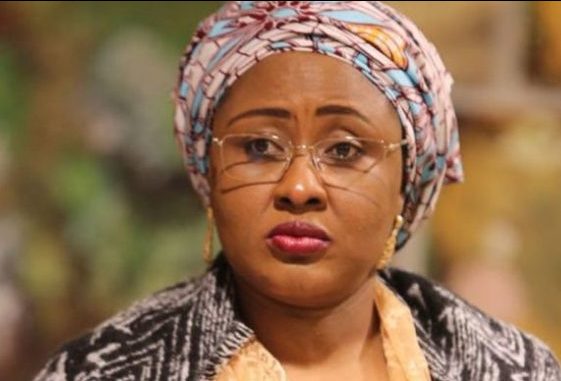 The wife of the Nigerian president, Aisha Buhari, has come down hard on her husbands party, All Progressives Congress (APC), for its handling of party primaries for elective political offices.

Her husband, President Buhari, only just yesterday October 6, emerged officially as the presidential candidate of the APC after a primary last weekend in which he was the sole candidate.

It is unknown if Mrs. Buhari was making reference to a specific primary election or the general conduct of the APC primaries which mostly have been rancorous and contentious in most States.

Mrs Buhari’s younger brother is locked in a bitter struggle for the APC governorship ticket of the north-eastern State of Adamawa with the current governor Mohammed Bindow and a former EFCC Chair, Nuhu Ribadu.

Mrs Aisha took to her instagram account to bare her mind, accusing the party leadership of “impunity” and allowing aspirants to “purchase nomination forms, got screened, cleared and campaigned vigorously yet found their names omitted on Election Day”.

“Given this development one will not hesitate than DISSOCIATE from such unfairness, be neutral and speak for the voiceless.”

The president’s wife is known for her independent views on national political issues. In 2016 she had granted an interview in which she faulted the political reward system of her husbands government among party faithfuls, and threatened that she may be unwilling to campaign for the party in future elections if the trend continued.

It is disheartening to note that some aspirants used their hard earned money to purchase nomination forms, got screened, cleared and campaigned vigorously yet found their names omitted on Election Day, these forms were bought at exorbitant prices. Many others contested and yet had their result delayed. Fully knowing that AUTOMATIC tickets have been given to other people. All Progressives Congress being a party whose cardinal principle is change and headed by a comrade/ activist whose main concern is for the common man, yet, such impunity could take place under its watch. Given this development one will not hesitate than DISSOCIATE from such unfairness, be neutral and speak for the voiceless. It is important for the populace to rise against impunity and for voters to demand from aspirants to be committed to the provision of basic amenities such as: 1. Potable drinking water 2. Basic health care ( Primary Health Care centers) 3. Education within conducive & appropriate learning environments. Let us vote wisely !!!! LONG LIVE FEDERAL REPUBLIC OF NIGERIA!!!!!!

Today October 7, is the deadline according to the electoral timetable released by the Independent National Electoral Commission in which all primaries must be concluded and the names of candidates forwarded to the electoral body.