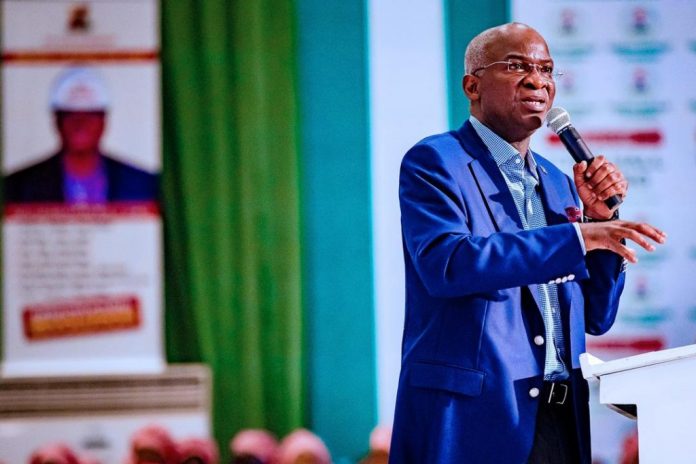 The Minister of Power, Works and Housing, Babatunde Fashola, on Thursday, urged the people of South West to vote for President Muhammadu Buhari in the 2019 elections to guarantee a return of power to the region in 2023.

The minister stated this at a special Town Hall Meeting on infrastructure organised by the Ministry of Information and Culture and the National Orientation Agency.

Fashola said besides the massive investments by the Buhari administration on infrastructure across the country and in South-West in particular, the South west would benefit more politically by voting for Buhari.

“Your child cannot surrender her waist for an edifying beads and you will use the bead to decorate another child’s waist. A vote for Buhari in 2019, means a return of power to the South West in 2023. I am sure you will vote wisely.”

The minister, who spoke in Yoruba language and with a proverb said: “Did you know that power is rotating to the South-West after the completion of Buhari’s tenure if you vote for him in 2019?

“Your child cannot surrender her waist for an edifying beads and you will use the bead to decorate another child’s waist. A vote for Buhari in 2019, means a return of power to the South West in 2023. I am sure you will vote wisely.”

On the performance of the Administration, Fashola said that the government had kept its promises to Nigerians in the three key throngs of security, fighting corruption and rebuilding the economy.

He said the essence of the town hall meeting was to showcase what the administration had done in three and half years.

Buttressing his words with another Yoruba proverb, the minister said: “If you are roasting corn for a blind man, you have to whistle for the blind man to know you are not eating the corn you are roasting for him”

Fashola disclosed that no fewer than 67 road projects were ongoing only in the south west region of the country by the administration.

He said the road projects included 19 in Lagos state, 14 in Oyo state, 12 in Osun state, nine in Ogun and Ondo states respectively.

He said 19 of the 67 projects were on roads maintenance and they all excluded the constant roads repair works being carried out by the Federal Road Maintenance Agency.

Specifically, Fashola said the massive construction on Lagos-Ibadan expressway, Benin-Ore-Ajebamidele-Shagamu road and Lagos-Ota-Abeokuta expressway abandoned for years were pointers to their achievements.

He disclosed that the critical 35km Tin can Island-Mile two-Oshodi road had been awarded to Dangote Construction company and would be a 10 lane highway to be constructed with concrete.

Responding to a question on the slow pace of work on the Oyo-Ogbomosho road, the minister blamed it on interruption by communities and organisations affected by the construction and their demands for compensation.

Fashola also blamed it on the delay in passage of budget and deliberate cut in the budget for infrastructure by the National Assembly.

He assured that with the over 900 million dollars infrastructure fund approved by the President the delay in the completion of all the critical roads and other projects would be a thing of the past.

Fashola said that the federal government was building pilot housing schemes in 34 states five among which were in the South west states.

He reiterated that the achievements recorded on infrastructure by the Buhari administration in three and half years with less resources were more than that of the PDP in 16 years with more resources.

Fashola enjoined Nigerians particularly, the South West to place their trust on Buhari by voting for APC in 2019 and save the country from the bad governance of the PDP.

The utterances from the meeting put a neddle to the growing ballon of optimism among south eastern politicians in APC who hoped to use a narrative of a settled arrangement of transfer of power post 2023 to the region to sway voters in the area to vote APC. Mr. Fashola’s position, and perhaps that of the political elite of the southwest extraction has reshuffled the geopolitical calculations in the party ahead of next years presidential polls.

Here’s a gallery of the townhall meeting. 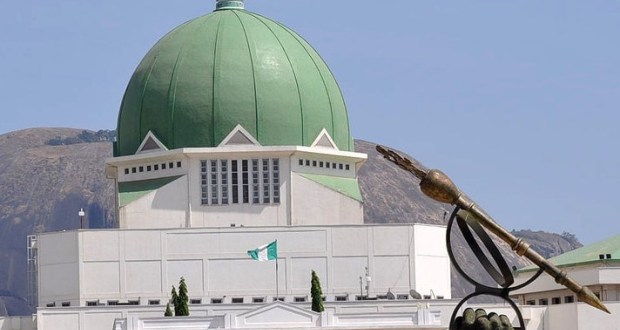