In an unprecedented move, Nigerians in the diaspora pledged $150 million to the Peter Obi presidential campaign in Nigeria’s general election slated for February next year. They are forming groups and committees to launch crowdfunding initiatives for the presidential bid of the charismatic Labour Party (LP) candidate.

The pledge was made in California when Obi attended a speaking event there in continuation of his tours of Western cities to engage Nigeria’s diaspora community.

In Nigeria, full campaigns are not allowed until 28 September.

The diaspora planners say the crowdfunding portal will be unveiled in the coming days and they plan to provide a similar technology platform to raise another N100 billion from Nigerians at home, according to sources.

A dependable source close to one of Obi’s supporters leading the process, said Tuesday they are targeting a small amount in contributions to be gathered from supporters largely from the grassroots to help the LP set up more structures across the country and make the former Anambra State governor a formidable contender in the presidential race.

The initiative is being driven by young enthusiastic Nigerians in the tech sector who are making waves and yearning for new leadership at the helm of affairs in the country. Some of whom have only recently come of voting age. “They are organizing themselves into small committees and groups to contribute small amounts in a major effort to help Obi’s Campaign establish structure and presence around the country. Interestingly while some of their parents are either supporters of PDP or APC, they are rooting for Peter Obi,” a source involved in the discussion disclosed to THISDAY yesterday night.

The campaigns for the presidential election, which holds February 25, 2023, will officially commence on September 28, 2022.

Unlike 2019, when the race was essentially between All Progressives Congress (APC) and Peoples Democratic Party (PDP), LP has become a major factor in the coming presidential poll.

Obi, who was in California, yesterday, is currently on a foreign tour to meet his supporters in Canada, Germany, London, Rome, and the United States, where it is expected he would raise a substantial amount of the funds needed for the election.

“With that amount of cash, he would be able to build structures for Labour Party across the country and become a formidable opponent in the 2023 election and a threat to other candidates,” the source said.

Crowdfunding is a financing method that raises money by soliciting small individual investments or contributions from a large number of people. Political crowdfunding is widely considered an acceptable medium for raising funding from grassroots supporters.

Crowdfunding, particularly online, speak to much wider groups than a party’s usual support base, while minimizing time and effort for both the party and donors. It also has the potential to enhance a sense of community between the party and its base.

People without large amounts of wealth are seldom asked to support political parties financially. But with the advent of crowdfunding, this has changed and supporters with relatively low financial strength are now seen as a huge resource for most parties, according to a report by the Sweden-based International Institute for Democracy and Electoral Assistance (IDEA).

However, as with political party funding, generally, political parties that engage in crowdfunding have to take the legal framework into account.

Most countries have regulations for donations and related privacy and transparency issues. In many countries, parties are only required to report donations above a certain threshold, to encourage smaller donations, while monitoring potentially risky larger donations to prevent money laundering, terrorism financing, and other illegal financial transactions. The funds are also subjected to taxation.

“The automated nature of crowdfunding can allow donors to divide donations into smaller amounts more easily, thus circumventing the reporting obligations that apply to donors (although this only applies to some countries),” the IDEA report stated.

The Labour Party presidential candidate also yesterday, said Nigerians in the diaspora could be effectively mobilized as true assets for the rapid development of the country, adding that the Nigerian diaspora can play a major role in helping the country transform its education sector.

Obi, in a series of Tweets from California, United States, where he attended a forum with the theme, “The Role of the Nigerian Diaspora in Civic Leadership in Nigeria,” noted that the diaspora community could help Nigeria set up and administer endowment funds in the Nigerian universities.

He said endowments could also be used to provide support for students to go on exchange programmes that add value to them, motivate them and improve their skills as well as support faculty research and development (R&D).

“Recently, Dr Phillip Ozuah took a catalytic lead by donating $1 million to the University of Ibadan,” he added.

Obi wrote, “Nigeria diaspora remittances now augment and support education, promote entrepreneurship, and stimulate businesses and investments in healthcare, in addition to foreign remittances. Nigerians in the diaspora constitute the first line of representation and the first line of defence.

“They have been flying the national flag high, in contributing their quota towards the development of the country across various sectors.

According to the LP candidate, beyond their prominent role of sending foreign remittances back home, the diaspora is increasingly critical in advancing technology and skill transfer, strengthening democracy, opening up global supply chains, trade and foreign direct investment, education and research, as well as healthcare.

Obi urged Nigerians in the diaspora not to despair or become weary in contributing their quota towards nation-building, despite the present state of insecurity in the country and the parlous economy.

He pledged that his administration if elected, would have zero tolerance for corruption and cut the cost of governance.

He states, “Our total commitment to transparency and accountability in government business is the only credible way to achieve limited to zero corruption.

“Africa will remain the centrepiece of our foreign policy. We will improve Nigeria’s diplomatic sphere of influence via peacekeeping, trade, and investment initiatives. We will pursue aggressively modalities for raising the national Internet penetration, as well as increase the contribution of ICT to overall economic growth to aid national development.

“We intend to lay special emphasis on critical infrastructure, especially power, to ensure a clear measurable increase of 200 per cent of today’s generation, transmission and distribution within the shortest time possible through a public-private partnership.

“We will pursue intangible assets of good governance, rule of law, security of lives and properties, through an aggressive increase in personnel and equipment and inclusive training of operatives in our security agencies.

“We will emphasize patriotism, national interest, national morale, quality of government, political will and character, which are all complimentary to the other assets. We will ensure that we have these assets in place and stress asset optimization.

“Thinking through 2023 and beyond, we must think seriously about a leadership that is imbued with competence, capacity, credibility and commitment. The 4 Cs will be required to turn Nigeria around. Patriotism cannot be imposed; just like respect, it must be earned through dedication, responsiveness, active engagement, orientation, and prioritizing of Nigerians in the diaspora. The ripple effect will be rapid and will rub off positively on the country’s economy.” 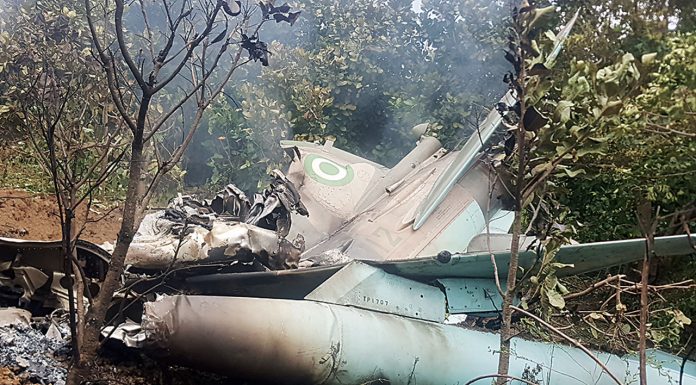