The election of Chief Emeka Ihedioha, governor of Imo State, has been nullified by Nigeria’s Supreme Court in Abuja. It declared Sen. Hope Uzodinma of the ruling All Progressives Congress (APC) (appellant) winner of the 9 March 2019 state election.

Ihedioha – a former speaker of Nigeria’s House of Representatives will be the first governor elected in 2019 who’s election has been overturned.

According to the electoral umpire – INEC, Ihedioha won with 273,404 votes ahead of his closest rival, Uche Nwosu of Action Alliance who polled 190,364 votes. The candidate of the All Progressives Grand Alliance (APGA), Ifeanyi Ararume, came third with 114,676 votes ahead of Hope Uzondinma of the All Progressives Congress (APC) with just 96,458 votes.

The three runners-up challenged the governor’s victory but it was upheld by the three-judges Imo State Election Tribunals on 21 September 2019 and the five-judges Federal Court of Appeals on 19 November 2019.

The appellants had argued that Ihedioha did not obtain the constitutionally required one-quarter of the votes cast in at least two-thirds of the 27 local government areas of the state, as provided for by law and therefore asked for a rerun of the election.

The two lower courts dismissed the appeals saying it lacked merit and that they failed to prove the allegations nor did they call relevant witnesses.

But the seven-Justices-panel of the supreme court led by Justice Kudirat Kekere-Ekun said it found that results from 388 polling units which were excluded by INEC during the collation of results ought not to have been so, and when added tipped Uzodinma over as the duly elected governor of the State.

“Vote due to the appellant Senator Hope Uzodinma and the APC from 388 Polling Units were wrongly excluded from scores ascribed to the appellant(to them),” the justices ruled.

“It is thereby ordered that the appellant votes from 388 Polling Units unlawfully excluded from the appellant vote declared shall be added and that the first respondent, Emeka Ihedioha, was not duly elected by a majority of lawful votes cast at the said election.

“His return as the elected governor of Imo State is hereby declared null and void and accordingly set aside.

“It is hereby declared that the first appellant (Mr Uzodinma) holds the majority of lawful votes cast at the governorship election held in Imo State on March 9, 2019.”

The court ordered that certificate of return issued to Gov. Ihedioha be withdrawn and a fresh one issued to Chief Uzodinma.

In a surprise move on the same day of the judgement, Uche Nwosu (first runner-up) had suddenly withdrawn his appeal, a move which might have paved the way for an easy victory for the Senator after the tallying of results.

The gubernatorial election had been one of the most hotly contested in the country. Imo State is the only state of the Southeast controlled by the ruling APC – a region which views the party as a northern-dominated party and had always inclined to the opposition People’s Democratic Party of the now-ousted governor.

Prior to the court pronouncement, a catholic cleric, Fr. Ejike Mbaka, had predicted that the Supreme Court verdict would lead to the replacement of Ihedioha by Uzodinma.

But not everyone is impressed with the cleric’s accurate prediction, with some speculating that the cleric may have been tipped off to give the prophecy in order to give a spiritual legitimacy to what many see as a desperate and bizarre judgement influenced by the ruling cabal to subvert the will of the people of Imo State and impose their preferred leadership over the state.

No announcement had been made on the actual handover of the government to the new governor-elect. 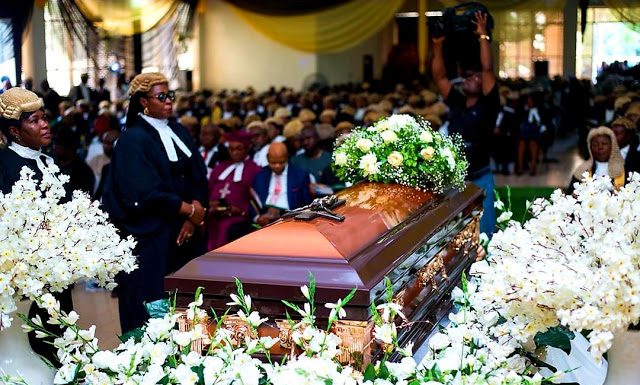