Yeeh is the deputy to Mr. Awara Biokpomabo and together they contested the March 9 governorship election still disputed and suspended by the electoral umpire, INEC.

Mr. Yeeh’s resignation came by a letter dated March 25 addressed to the Chairman of INEC, decrying the “hijack of the structures and administration of the AAC by a faction of the APC led by Chibuike Rotimi Amaechi, the Transportation Minister, for his personal political ambition”.

The deputy governorship candidate conceded defeat to the PDP candidate and incumbent governor, Nyesom Wike saying from “the collated results it is clear that the People’s Democratic Party has won 17 of the 19 Local Government Areas of the governorship and 26 of the state constituencies seats so far declared and returned”.

He said he could no longer in “good conscience continue to lend support to the ill-fated political venture of the Minister of Transportation which will serve no useful purpose other than cause unnecessary crisis in the state”.

Yeeh said by the notice, he “ceases to be the deputy governorship candidate of the AAC for the 2019 governorship elections in Rivers State,” and then indicated he was defecting to the state ruling party, PDP.

The development rattled the APC camp which had, having been barred by court order following infighting within its fold, hurriedly endorsed AAC barely 72 hours to the election. It earlier endorsed Barr. Lulu-Briggs of the Accord Party but a similar judicial fate befell that party as well.

Mr. Yeeh’s announcement caused elation within the PDP and raising hopes of an amicable resolution to the political impasse in the state. Gov. Wike immediately extended a hand of fellowship and invited Akpo Yeeh to the Bricks House – the seat of government.

In a welcome remark at the meeting, an obviously relieved Gov. Wike thanked Mr. Yeeh for refusing to be “a tool for the destabilization of the state” and asked him to join hands with the him to “work together to move this state forward.”

In attendance at the meeting to receive the new defector were the PDP party boss, Chief Uche Secondus and a host of other party bigwigs. Secondus described Yeeh’s decision as “uncommon” and “wise”.

No word has come from the AAC party secretariat or Mr. Yeeh’s former principal, Mr. Awara Biokpomabo. It is unclear what legal and political impact the deputy governorship candidate’s resignation will have on the electoral situation in Rivers State.

The presidential and governorship elections of February 23 and March 9 respectively in Rivers State were reputed to have been one of the most violent in the country, pitting an APC and its prime mover, Chibike Amaechi armed with the “federal might” against the formidable PDP machinery of Gov. Wike in the state.

INEC had suspended collation and declaration of results on March 10 due to violence at the collation centers and have fixed April 2-5 for resumption of the process. 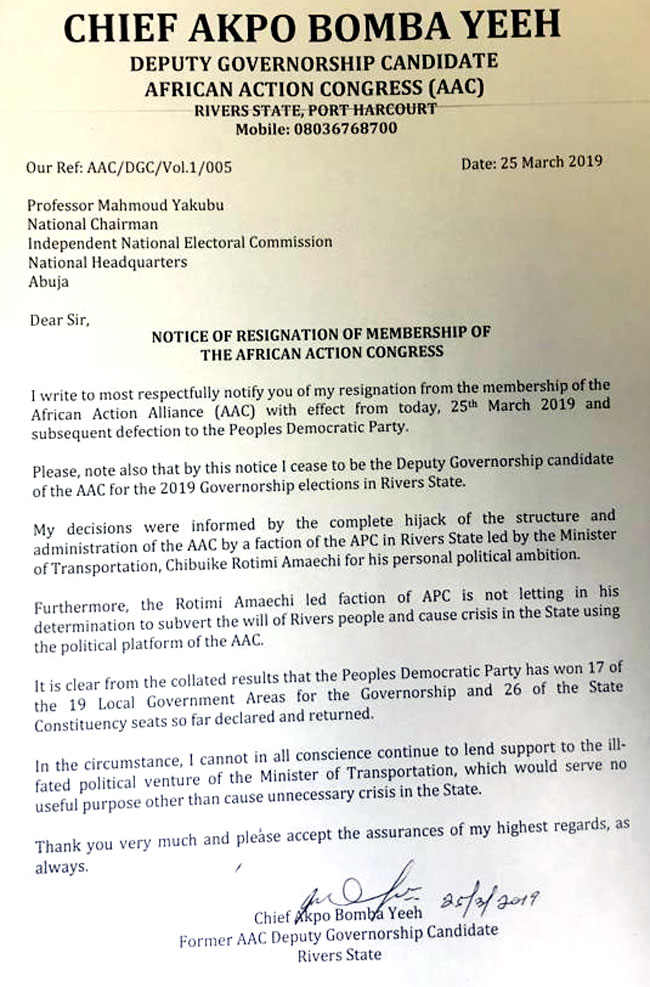 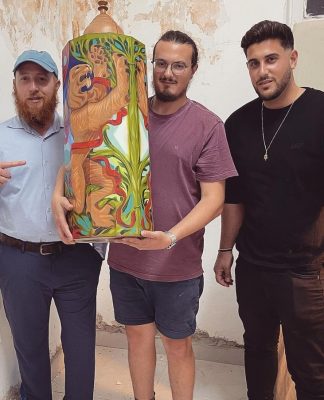 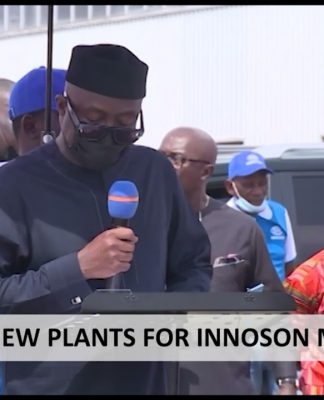 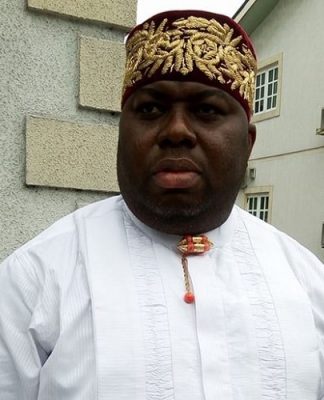 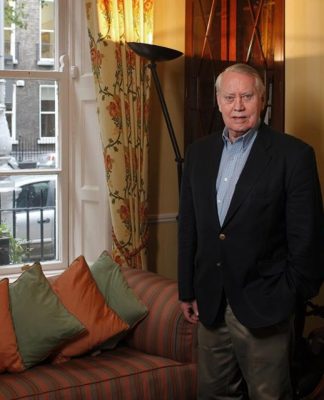