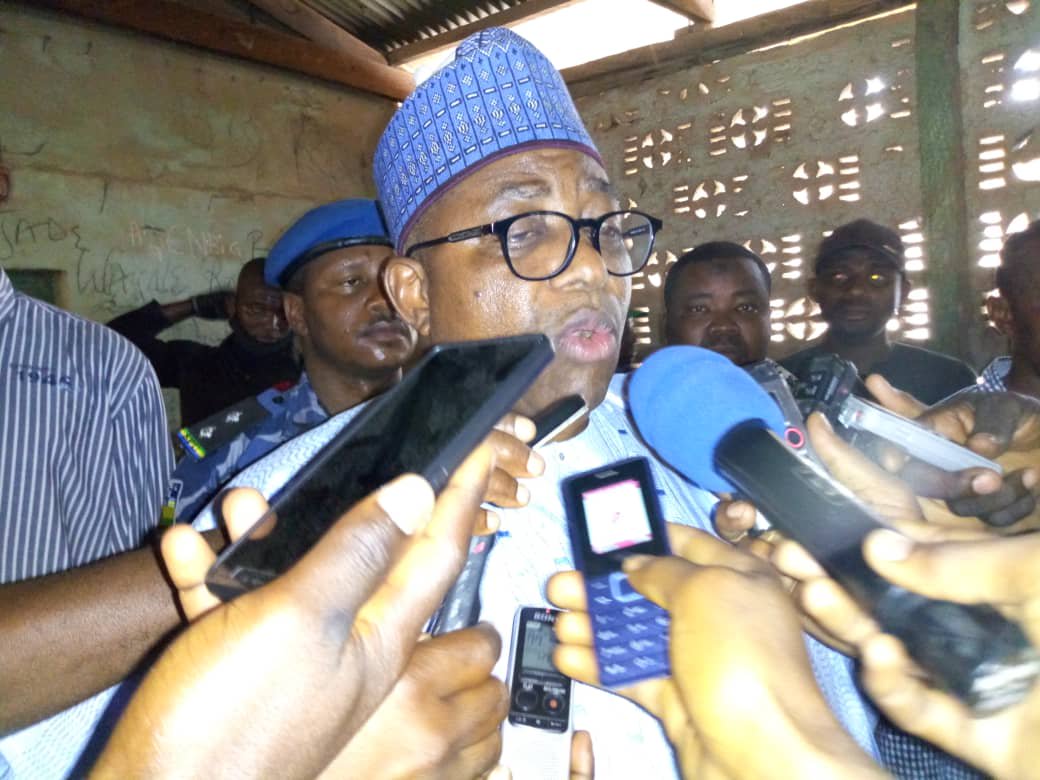 The suspension was in compliance with an interim injunction of Justice Ekwo Inyang of the Federal High Court, Abuja, procured by the All Progressives Congress (APC), Bauchi State chapter on Tuesday restraining INEC from resuming collation of the election results. However, the Commission says it is going ahead with the collation of results for the state House of Assembly elections which was unaffected by the order.

The court agreed to accelerated hearing and adjourned to tomorrow Wednesday, March 20 for further hearing.

APC had rushed to court displeased with the umpire’s reversal of its earlier decision to hold supplementary election in selected areas of the state including Tafawa Balewa local government where election results had been disputed.

After collation of governorship results for all other local governments of the state, the opposition PDP governorship candidate, Alhaji Bala Mohammed – a former minister of the Federal Capital City, Abuja, was leading incumbent governor Mohammed Abubakar of APC by a margin of 4,059 votes. But this lead was less than 45,312 – the total number of cancelled votes in the state.

The electoral body therefore declared the election inconclusive and ordered for a rerun which it fixed for Saturday 23 March along with other five states. 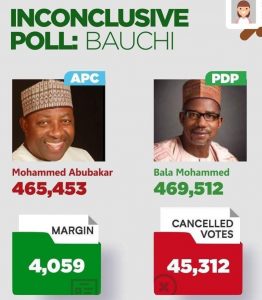 However, upon closer scrutiny, INEC discovered a calculation error in which cancelled votes in four polling units in Ningi Local Government Area was wrongly recorded as 25,330 in form EC40G (1) instead of 2,553.

This meant that the number of cancelled votes was in fact 22,335 which is less than the number of registered voters in the polling areas designated for the rerun. INEC therefore concluded that a re-run was unnecessary. It reversed its earlier decision and scheduled to complete the collation process and declare a winner by today Tuesday.

Before the interim order of the high court.

Abubakar Rushes To Abuja To Confer With Buhari

Mr. Abubakar had yesterday Monday taken a quick flight to Abuja to urgently confer with the president on the developing situation. Speaking to the press after the meeting, he however denied he was soliciting the president’s “interference” in the process. He said he would be “pursuing the legal angle” and that the president agreed with him “it is the best way to go”.

Mr. Abubakar said that since “The Returning Officer for Bauchi State at the end of collation rejected the result of Tafawa Balewa local government and then 36 other units spread around 15 local governments of Bauchi state and ordered a rerun.….only an election petition tribunal can reverse the result”.

But PDP and its supporters were insisting that the whole process was still within INEC administrative prerogatives and urged the body to be bold and complete the process and declare a winner.

With the judicial intervention, the tussle will now shift to the court room of Justice Ekwo Inyang for adjudication.

INEC counsel is challenging the jurisdiction of the court and demanding it to discharge the interim order on the grounds that the court is not an election petition tribunal constitutionally charged with hearing post-election petitions.

All parties to the suit will assemble in court tomorrow for continuation of hearing. 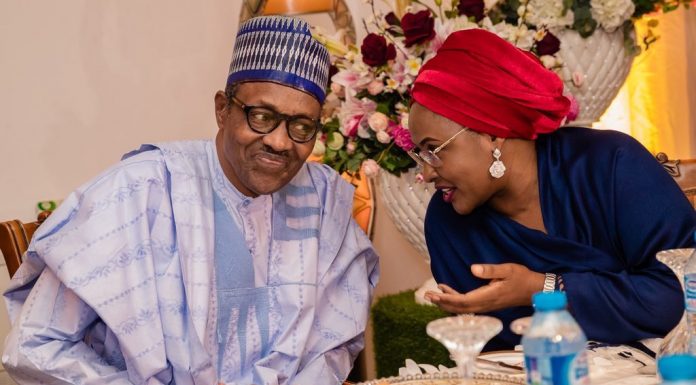