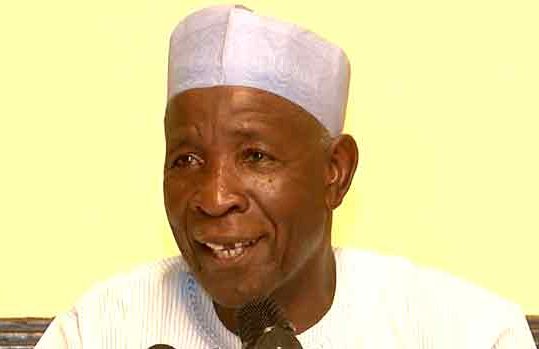 The relationship between President Muhammadu Buhari and Chairman of the Reformed All Progressives Congress (APC), Buba Galadima, best illustrates the saying that there is no permanent friend or foe in politics, but permanent interests.

However, in the run-up to the February 16 presidential poll, the table has turned. The two former allies are now in opposing camps.

What exactly went wrong? Why does Galadima, who is also a spokesman of the Peoples Democratic Party (PDP) presidential organisation, want to pull the rug off the feet of President Buhari?

Galadima answered these and many other questions in this interview.

Q What is your take on the refusal of President Muhammadu Buhari to sign the Electoral Act Amendment Bill for the fourth consecutive time. While a lot of persons have said the bill is intended to enhance the credibility of the 2019 general elections, the President is saying the bill should take off after the elections?

Ans  This bill has been in process for the last two years. Nobody knew it was deliberate; for him to refuse to sign for obvious reasons. You can see from what is happening, the president does not care nor is he asking any Nigerian to vote for him. Therefore, the intention has always been that they will do what they want. Do whatever they want. Write figures at the end of the day, for themselves and deploy the military. Whosoever protests, anything can happen to that person.

This is the reason he doesn’t want an enhanced electoral act that will checkmate rigging; checkmate excesses of individuals; that will checkmate all excesses of government and its apparatus; because they want to help themselves. If not, why should the president in his announcement, it is shameful, say that it is too late to sign the electoral act? Therefore, he is leaving it for the next government to come and sign. Why is he shifting responsibility? Is he not the Nigerian President? Up till 11:59 p.m of May 28, he will still be the President of Nigeria. He would still act on behalf of Nigeria. Why shift this to somebody?

Q  In the light of this is your party confident of a free, fair and credible elections?

Ans  No. There is going to be none. We are going to fight to enforce free, fair and transparent election. The outside world has already started commenting. You hear what the Americans are saying? The American Senate; they wrote the American ambassador in Nigeria and copied the Nigerian ambassador in the US; of what they have observed, that General Buhari or the government of General Buhari has no intention whatsoever to provide a level-playing ground for electioneering or voting. Everybody knows that he is not going to conduct a credible election. That is why he is not mobilising. That is why he is not campaigning. The only people he can try to lure are criminals. Even though they run overseas, they will go and negotiate with them and bring them back to do a dirty job for him. He wants to rig, but we can’t allow him rig. If he does rig, the judiciary will know. The world will know. And if he thinks he can do it, under the table, tell him, I said he can’t.

Q  Until recently, you were an associate of the President.

Q You were one of those who worked to bring the President to power in 2015. In view of how things have played out, are you proud of the role you played to bring about this administration?

Ans  I have apologised publicly to the world on my role in bringing him. He is a disaster to the corporate existence and image of Nigeria. And may Nigeria never ever have a president like him again. I regret it. It is unexpected that he would perform poorly. In all indices, he has performed below expectations.

Q  A lot of persons are tempted to believe that you are criticising the president because maybe, you did not benefit from the present administration?

Ans  Thank you very much. May I wish you that you work for something for 15 years, and when it matures, you should be denied benefits.

Q  In other words, if you had been accommodated in the government, you would have probably still been with President Buhari?

Ans  But you should ask yourself, when we were with him and promoting him, what was he giving to us? Did he give me anything? I used my own resources, hard-earned resources to work for his interest. So, why should it be now. It is his performance that is my main problem. I had given notice, that I give him two years to see how he will perform. After two years, we will start speaking. We have not yet started speaking.

Q  When will you start speaking?

Ans  Don’t worry, everything has time. What I am telling Nigerians (now) is that they should vote out the government of General Muhammadu Buhari otherwise, the man will destroy Nigeria. He will destroy Nigerian unity. Whether right or wrong, false or true, the perception against him is negative. They don’t trust him. And no leader without a large heart, can run a plural society like Nigeria. And I want Nigerians to take over their power, by voting him out. We voted Jonathan out because we thought he did not do well. Buhari has done worse than Jonathan, he should be thrown out. Let’s bring in Atiku or any other person. If that person does not perform, we throw him out. We now must have established people’s power. We will now raise our heads and say we have the power to hire and fire. Whoever, we bring in later, must sit up and must listen to us. These ones here cannot listen to us, may not do what we want. They will only be amassing wealth and criminalising Nigeria.

Q  Some time ago, you went to court to challenge the emergence of Adams Oshiomhole as national chairman of the All Progressives Congress (APC) , now you have moved on to the PDP…

Ans  No. We have a Memorandum of Understanding between the RAPC and the PDP. We are working together to produce a president for Nigeria. I am still APC. And when APC loses (2019 polls) people like Adams Oshiomhole will run to the PDP. We will now go back to the APC, take it over and polish it. Now, we can do business with PDP because every crook, every fraudster has left the PDP for sanctuary in the APC and they are being accommodated by Mr Integrity.

This is why the Oyinbo says if you want me to tell you who you are, show me your friends. When they run back (to PDP), we will go back to the APC, dust it up, make it a fighting force and checkmate whoever becomes the President of Nigeria. We will keep him on his feet. That is what I have been doing since 1999. I have not wavered. I fought Obasanjo, it was good. I fought Yar’Adua, my classmate, good. I fought (former President Gooodluck) Jonathan, good. Now, Buhari, they say because I didn’t get anything. Don’t I deserve? Those that got something or accommodated, have they worked harder than me, in your opinion? Or are they more intelligent than me or are they more honest than me? My integrity is second to none. Go and say it in the market place. I am not praising myself. If I have anything to hide, you know that they would have hidden me by now.

Q  You are a leader of the Coalition of United Political Parties (CUPP), which endorsed Atiku Abubakar as its joint presidential candidate, but some of the political parties in the CUPP have faulted his emergence. The SDP has pulled out in protest, while the GDPN presidential candidate reportedly described the coalition as a fraud, how do you react to this?

Ans  How many parties are in the CUPP? 54. When out of 54, you remove one or two, if you are conducting an exam, and out of 54 marks, your student scores 53, what will you give him? Wouldn’t you give him A+? That is CUPP, of which I am the deputy national chairman. So, just because one or two people objected to the way we did it, and we did it transparently, and we have asked people (candidates) to fill forms, come and attend interview. We interviewed all of them. And we have arrived at somebody, using the indices before us, and somebody said he does not accept, that is democracy. Not all of us are to agree. All we needed out of 54 is 28. But we have 52.

So, for me, CUPP has done very well and we want to make Nigeria great. It is believed that the whole arrangement in CUPP was choreographed to adopt whoever emerges as PDP candidate as the consensus candidate of the coalition? So, why did we use a criteria. We should have just sat down and adopt. We scored the criteria. We told the world that we made a score. And you can’t fault that. We were transparent. We are not APC. We did a transparent thing. Not hidden. And that is democracy for GDPN to say they don’t accept our view. We should tolerate them because we have a large heart. They are still members of the family. Maybe they will see reasons later.

Ans  Before and people believe that it will be difficult to defeat him in the North… Now, we can defeat him. I assure you. Those cult-like followers, 12.5 million votes, I will take 75 per cent; because they have more belief and trust in my ability and honesty than anybody else in that group. They know who their true leaders are. We promised them heaven on earth, is there any policy of General Buhari that favours the weak, the poor? Can you tell me one of them? Atiku is promising to restructure the country, but the North is believed to be opposed to a restructuring of the polity. I have always said it is okay, if we want restructuring. But what are the terms? What is it you want us to restructure? Who will do the restructuring? How do we go about it? Nobody was able to provide me with answers. Look, restructuring to an Igbo man, for example, is that he is cheated. He needs an additional state, criteria or no criteria. Restructuring to the South-South man is that he should be able to retain his resources. So, everybody has got his own view about restructuring. We have not yet defined what we want to restructure. Let’s first define it and bring about criteria of how we will adopt it.

Q  What do you think should be the perimeter for restructuring of the polity?

Ans  No. I am not an advocate, it is Atiku, you should ask.

Q  But you are a spokesman of the PDP presidential campaign? 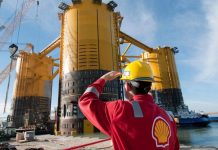 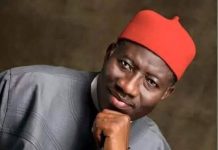 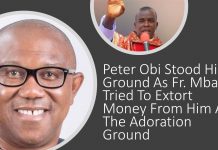