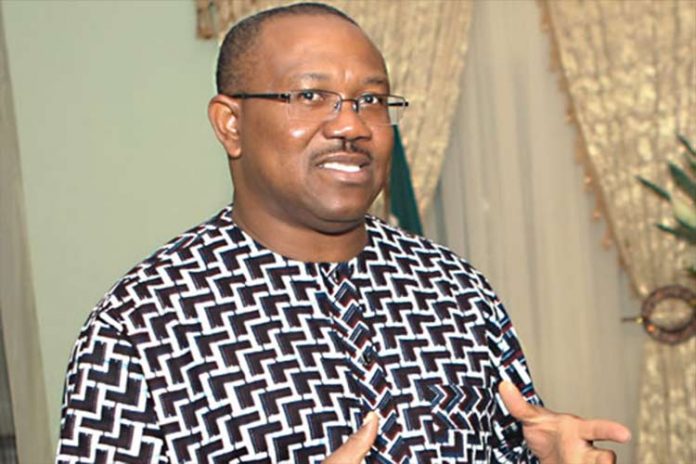 The excitement flowing behind the choice of Peter Obi as the running mate to Atiku Abubakar, the presidential nominee of the Peoples Democratic Party (PDP) is a teachable moment. It shows that the Nigerians still appreciate good people. Overall, Obi acquitted himself credibly enough as governor of Anambra State. At least, he is one of the very few former Nigerian governors without a litany of corrupt marks following him.

The former Anambra governor is also humble man. A self-made multibillionaire, through dint of hard work, Obi does not flaunt affluence, as most of them do, by acquiring private jets, chieftaincy titles or fake degrees. And, in case you have never taken notice, the man has chosen to remain a Mister: Mr. Peter Obi. Simple! His selection has, therefore, proven to the political class, particularly those of the Igbo stock, that the society at large looks beyond primitive accumulation of wealth and bogus titles.

Sum it this way: Peter Obi is certainly not the best the Igbo and Nigeria can offer, but he is perfect for Atiku Abubakar as an individual. The reason is plain: The heaviest baggage of the former vice president is the prevailing perception that the man is virally corrupt. Atiku, remember, is a high priest in the billionaire club of ex-civil servants, most of who acquired their wealth through illegitimate means. Thus, it would have been very impolitic for him to field Senator Ike Ekweremadu, the preferred VP choice of the South-East PDP leaders.

Get this clear, Ekweremadu is one of the few politicians of the Fourth Republic who has distinguished himself. He is very dynamic and could have made a better VP than Peter Obi — by far; but Nigerians are becoming wiser. Before dreaming of any future national elective office, the ebullient senator should hurry up and explain in clear terms how he amassed 1, 2, 3, 4, 5 to over 30 choice properties in three continents without any traceable commercial enterprise.

…the Ohaneze must equally come to terms with the reality that the mere presence of the Igbo in important political positions has not always translated to public good in Igboland. Let me also add that, while Peter Obi might have performed well in Anambra, quite alright, he is not the kind of leader the Igbo need at the centre.

At this juncture, I must join in publicly rebuking the cuckoo governor of Ebonyi State, David Umahi, and his South-East PDP cohorts who, because Ekweremadu was not selected, have been peddling all the wrong reasons to deflate the choice of Peter Obi. The state of origin, for example, should not matter when choosing a presidential candidate or his running mate from Igboland, especially where the chosen is heads and shoulders above his competitors.

But that is where any sympathy for the Obi candidacy ought to end, especially for majority of the Igbo who have been jubilating as if, somehow, they had a sudden embrace with the Messiah.

Leading the fanfare is the Ohaneze Ndigbo. But the socio-cultural group should tread very carefully. We must not appear to have forgotten so soon that the choice of an Igbo man as a vice presidential candidate is far from historic. Actually, it was Muhammadu Buhari who led the way in the current Fourth Republic by nominating Chuba Okadigbo in 2003 and Edwin Ume-Ezuoke in 2007, while this same Atiku Abubakar fielded Ben Obi in 2007. Interestingly, however, the Ohaneze shunned those Igbo VP candidates, then in the opposition ranks, but opted for the PDP, the party then in power. This contradicting posture explains the disquieting suspicion that the apex Igbo socio-cultural organisation is the political oracle of the PDP.

Nevertheless, the Ohaneze must equally come to terms with the reality that the mere presence of the Igbo in important political positions has not always translated to public good in Igboland. Let me also add that, while Peter Obi might have performed well in Anambra, quite alright, he is not the kind of leader the Igbo need at the centre.

Obi’s leadership woes are apparent. The most mind-bugling is the failure to attract any meaningful federal project to Anambra State while in office. Lest we forget, as governor, Obi was the much-beloved close ally of President Goodluck Ebele Azikiwe Jonathan during the recent oil boom, when the Igbo dominated virtually every important portfolio in the country.

If Peter Obi could not influence Goodluck Ebele Azikiwe Jonathan, a very pliable and weak president, to attract projects to Anambra State, what are the chances then that he (Obi) can even gain the attention of a strong character like Atiku Abubakar who, as a vice president, was even more powerful and shrewd than his boss, a brutal four-star general?

Yet, there is nothing concrete to show in the South-East for such powerful positions occupied by the Igbo, particularly in Anambra, where Peter Obi held sway. For instance, the major thoroughfare in the State, the Onitsha-Enugu Highway, remained a death trap while Peter was governor. The mass deceit on the Second River Niger Bridge during the Obi tenure has continued to beg the attention of the Guinness World Records. Needless to mention how Goodluck Jonathan connived with the governor to declare open the Orient Petroleum Refinery in 2012, when the facility was not even halfway completed. The plot was to quell tension in the country by appearing as if Jonathan had solutions in the wake of the 2012 fuel crisis.

The failure with the Orient Petroleum Refinery, a PPP project, is deserving of curious attention. When my team inquired about the refinery in 2014, the management was seeking $100 million dollars to get a portion of the $660 million facility to truly come on stream. Yet, Governor Obi had Anambra’s billions glued in commercial banks. A visionary leader would have committed part of the savings for the completion of the refinery, which could have provided employment to youth in the region. Or, more appropriately, considering his role in the fake opening of the refinery in 2012, Obi ought to have been able to influence President Jonathan for any federal support needed to rescue the refinery.

Yes, leadership is all about influence. If Peter Obi could not influence Goodluck Ebele Azikiwe Jonathan, a very pliable and weak president, to attract projects to Anambra State, what are the chances then that he (Obi) can even gain the attention of a strong character like Atiku Abubakar who, as a vice president, was even more powerful and shrewd than his boss, a brutal four-star general?

The answer is this: The ideal VP of Igbo extraction is a transformational leader with the ability to maximise available resources to not only perform assigned tasks but one who can also influence others to attain the desired goals. For an Atiku presidency, however, Nigeria needs a strong vice president who can steadily motivate and influence him towards national goals and objectives. Peter Obi is none of the above. 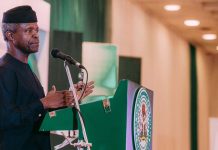 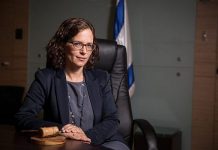