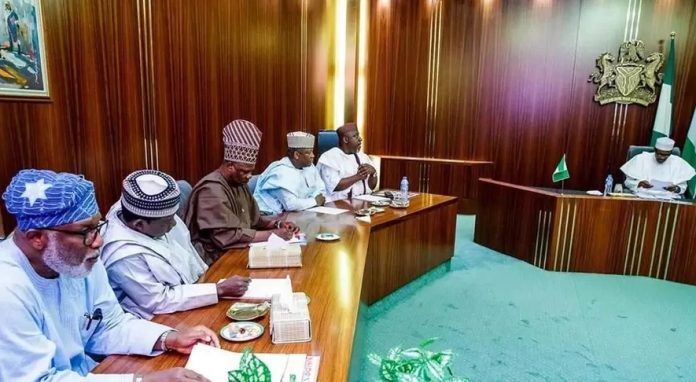 Eight governors of the ruling All Progressives Congress this Thursday afternoon met in an emergency meeting with President Muhammadu Buhari inside the Aso Rock Villa.

See the photographs by the News Agency of Nigeria and also from the verified Twitter handle of the Personal Assistant to President Buhari on New Media, Bashir Ahmad:

After the meeting, the chairman of the Progressives Governors Forum, Rochas Okorocha, in a brief interview with State House correspondents said the leadership of the party must do the right thing and allow everybody to participate in its ongoing nationwide primaries.

Okorocha, is the governor of Imo State.

All the governors who met behind closed-doors with the President are believed to have issues with party primaries in their states.

Okorocha confirmed that the meeting was about the rancorous party primaries across the country.

He expressed the belief that the party leadership would rescind some of its decision on the matter, saying the APC believes in justice, equity and fairness.

He said, “We came to review the various crises characterising our primaries, with a view to finding solution.

“So, we are looking for a way out in this regard. We are going to find solution; our party believes in justice, equity and fairness.

“We are requesting that let the right thing be done and let everyone contest the elections.”

Akeredolu and Nasir El-Rufai of Kaduna State had, on Wednesday, met the President on the same matter.

The meeting lasted about two hours.

Kyari also left the Presidential Villa with them.

After accompanying the governors to where their cars were parked, Abba Kyari also entered his car and was driven out of the premises.

It was unclear whether they were heading to the same place. 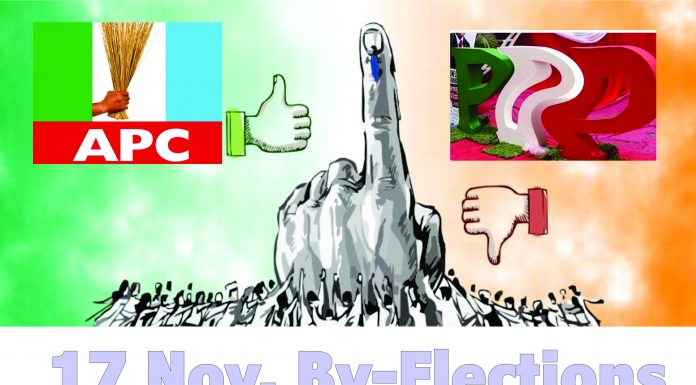