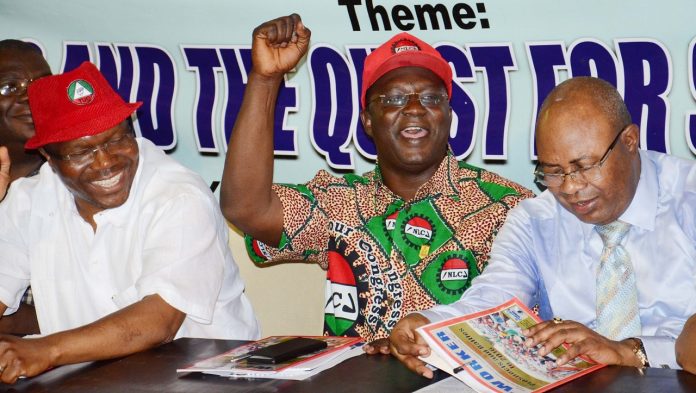 The organized labour on Sunday called off the strike action it declared last Wednesday after the expiration of 14-day ultimatum for government to reconvene the meeting of the tripartite national minimum wage committee.

Addressing a press conference at Labour House, Abuja, Nigeria Labour Congress President, Ayuba Wabba said the strike was called off as a result of the firm and formal assurance of the federal government to reconvene the tripartite committee on the new minimum wage on 4th and 5th of October, 2018.

He said, “We have received a firm and formal invitation to a reconvened meeting of the tripartite committee scheduled for 4th and 5th of October, 2018. We demand that this shall be the final session of the committee and that a final report will be submitted to Mr. President immediately.’’

“Are You Buhari or Are You Jubril?” – FFK Questions Buhari’s True Identity