Home Interviews Makarfi promises institutional, all round restructure of Nigeria if elected President

Immediate past National Caretaker Chairman of the Peoples Democratic Party (PDP), and presidential hopeful, Ahmed Makarfi has vowed to ensure institutional and all holistic restructuring of the country to ensure that the Nigerian system works for one and all and meaningful development devoid of favouritism, nepotism and ethnicism.

Markafi spoke yesterday during a meeting with delegates of the PDP to interact with them on his presidential ambition ahead of PDP national convention to choose the party’s presidential flag bearer. He reminded the delegates that he had restructured Kaduna State from the harmful grips of tribal sentiments and gross infrastructural deficit and underdevelopment and made the state a secured environment until “the APC government returned insecurity and underdevelopment to the state”. He said his past records as interim-chairman of the PDP when he was able to ensure the survival of the party, and efforts as member of the Senate Committee on Finance which demanded transparency on federation accounts from the federal government are part of his credentials that he can effectively put Nigeria into a better shape.

Speaking about his manifestos to newsmen, Markafi said: “First of all is the restructure of the country to make it good for everybody, restructuring of the security and creation of jobs and infrastructure development in all respects and promoting the private sector so that it can become an effective employer of labour. “We also have to look at some issues that have negative impact in the country. Any issue of protocol that doesn’t serve national interest in terns of security we will dialogue with other country where they have got it right and restructure ours. I have been tested and proven myself as governor of Kaduna State as select chairman of Committee on Finance. My records are there and as party chairman of PDP when people did not given the chance to make the party to survive, I was able to bring everybody together and ensure that the party survived and that is why many more people are defecting to PDP and they are all welcome.

Continuing, Markafi said, “I am a straight forward person and do not say one thing in the morning and turn it another thing in the evening. The problems facing Kaduna when I became governor are the problem facing Nigeria now, mutual distrust between tribes, poor infrastructure, economic and educational standards and others, we restructured Kaduna but sadly, APC has returned insecurity to Kaduna.

“I built infrastructure which has now been destroyed by APC. 90 percent of development in Kaduna were ensured by me. “When I was in the senate, we ensured transparency on the part of the Federal Government on the allocation of federation accounts which now made all state governors to ask for accounts of the federation from which they have their share. We brought back PDP and made it now a threat to APC. I restructured Kaduna, and Nigeria needs restructuring.

“I am not talking politics. I was the architect of the first political sovereign conference in the country as head of the committee under former President Olusegun Obasanjo. ” Institutional restructuring that would include the police, INEC and other security apparatus to ensure they do not serve the dictates of the paymasters will be done by me. Such will prevent anomalies such as the election fraud in Ekiti during the July 14 poll. 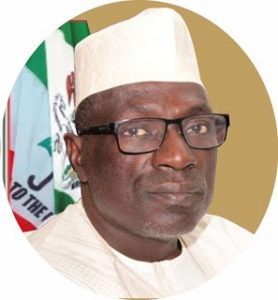 ”We must make our institutions to be accountable. We will ensure comprehensive restructuring of this country. I chose to travel by road for all my campaigns traveling by road is taking eighty percent of my tour. This is to enable me see the deficiencies of our infrastructure, such as roads, condition of our people and our environment among others. I want to be aware of all these things so I can perform properly and prepare for office better if voted in. We will also restructure power generation, what is on ground now is unitary. We must liberalize it. Each state will be allowed to generate its own electricity.”

Urging the party to ensure a level playing ground as usual in order to allow an overwhelmingly acceptable presidential candidate to emerge, Markafi said: ”We will close our borders if need be to prevent in flux of dangerous herdsmen killing our people. I will ensure herdsmen menace becomes history in a very short time. Promotion in the force will be based on merit. “We will reward excellency and not laziness, laxity, others in the discharge or service. We must work on the psychology of the Buhari’s sentimental followers in the north and change their mind towards us, ” he said.

Commenting on President Muhammadu Buhari’s 800m walk which the APC had said is an indication that he is fit for another term, Makarfi said, “My own walk is limitless.” He also described the declaration of APC’s Kayode Fayemi as winner of the July 14 governorship poll as amounting to stealing of PDP’s mandate, saying, “PDP won but APC has temporarily stolen it but we will recover it”.

On the call for the impeachment of Senate President Bukola Saraki, the former Kaduna State Governor declared that the All Progressive Congress (APC) cannot impeach him, because the figure to impeach him is not there and the APC can never get it. “They would never be able to impeach Senate President Bukola Saraki as the party lacks even a simple majority to so do”. Dismissing the call by APC national chairman, Adams Oshiomole for Saraki’s resignation to avoid impeachment, as mere diversionary tactics Markafi insisted that the removal of the Senate President remains a constitutional matter, adding that “We know the figures, the APC don’t even have the simple majority not to talk of two third to impeach Saraki, so this call is diversionary. 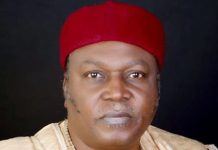 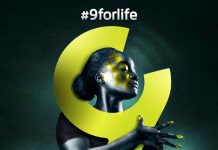