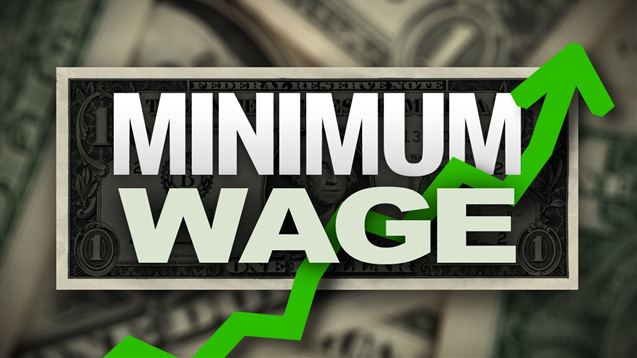 The organised Labour in Nigeria began its planned warning strike yesterday even as it accused the Federal Government of failing to mention a figure as minimum wage for workers in the country. The disruptive industrial action over minimum wage should have been deftly resolved at a time such as this when another recession stares us in the face. The historical context of this crisis has revealed failure of governance in modern negotiation, a development both parties should review immediately.

In November 2017, President Muhammadu Buhari inaugurated the Tripartite Committee on National Minimum Wage whose members are drawn from the federal and state governments, the organised labour and the employers’ association of the organised private sector. But the committee commenced work in March 2018. During the intervening period, the committee was required to carry out wide consultation and ensure participation of stakeholders in the review of the national minimum wage. The committee was scheduled to conclude its assignment in August/September 2018.

Ordinarily, an employer of labour should not pay a worker below the minimum wage that is meant to guarantee a minimum living standard in a given economy. Nigeria’s minimum wage of N18,000 per month was adopted in 2011. The minimum wage is subject to a set periodic review for the purpose of compensating as much as possible for any adverse changes in the cost of living and/or enhancing the minimum wage from one period to another. In that regard, there was unanimity among members of the committee that a new minimum wage for workers in Nigeria was long overdue as the normal periodic review of the 2011 wage agreement fell due in 2016. The ample time that followed the committee’s inauguration gave room for hope that there would be smooth and timely consideration of the various memoranda received from stakeholders. In the circumstances, it was surprising when it came to light as late as early September (some 11 months after the tripartite committee’s inauguration) that the Minister of Labour had not yet furnished the committee with any government minimum wage figure for discussion alongside the submissions from other stakeholders but had instead requested an indefinite adjournment by the committee in order to carry out what has turned out to be initial rather than the purported further consultation with the various governments. That conclusion arises from media reports indicating that the matter of minimum wage was evidently tabled for the first time before a meeting of the economic management team which held a few days afterwards in place of the National Economic Council. That eleventh-hour meeting should be put in context. As highlighted in the statement by organised labour, since the 2011 wage review, the incumbent administration has not only effected a steep increase in the price of petroleum products and electricity tariffs but also massively devalued the naira exchange rate with resulting hyper-inflation and escalating cost of living and grinding poverty among the people. Yet government failed to implement recommended mitigatory palliatives which it had promised for cushioning the hardship being visited on the vulnerable low wage group.

Clearly, the course of events portrays the Federal Government of acting, quite dishonourably, in bad faith over the well-being of minimum wage earners. And expectedly, the Federal Government pussyfooting led organised labour on September 12 to issue a 14-day ultimatum calling on government to ensure that the committee concluded its work as previously scheduled with a view to redeeming the promise by the Labour Minister on February 28 “that workers should expect a new national minimum wage in September this year.” Otherwise, the leadership of labour admonished that industrial peace and harmony would not be guaranteed. Interim talks between government and labour apparently keep the matter under control deadlocked. At the end of the ultimatum, labour leaders signalled the beginning of a seven-day nationwide strike.

Regardless of when a new national minimum wage is adopted, the overriding concern relates to the extent of poverty confronting the country, which is being supposedly tackled.

According to CBN data, Nigeria’s GDP per capita declined from US$3,144 in 2014 to $1,897 in 2017, a drop of 40 per cent. Worse still, the distribution of GDP is highly skewed in favour of the rich. As at end-December 2017, indexmundi data indicated that 70 per cent of Nigeria’s population lived below the poverty line of less than $693.50 per capita per annum. (Note that only 3.3 per cent of China’s population and 21.9 per cent of India’s population lived below the poverty line.) Strikingly as at end-May 2018, the Brookings Institution projected that Nigeria had displaced India to become home to the world’s largest number of people living in extreme poverty.

Pending the release of findings of a relevant NBS survey, at least two pertinent issues arise. Firstly, the country has a labour-surplus economy. Although long overdue and desirable, to raise the national minimum wage would nevertheless only increase the income of workers who remain employed as well as grow aggregate disposable income with some positive impact on economic expansion. However, the new wage level would force some low ranking employers to lay off some workers. Some other employers may simply continue to pay what they can afford even if it falls below the adopted new wage. In short, the national minimum wage would not be enforceable upon all employers. Moreover, it is unclear if the new national minimum wage would guarantee significant reduction in the existing pervasive poverty. Would such outcome be adequate victory for organised labour? Similarly, would the Buhari administration have discharged its mandate in the context of Section 16 of the 1999 Constitution (as amended)?

Second, far from occurring by chance, the dismal economic state including the highlights reeled out in the noted labour statement is the still unfolding direct outcome of sustained implementation over four decades of improper fiscal and monetary policies by the Federal Government. Because government and the leadership of labour are equally obligated under Section 16 of the Constitution to work towards actualisation of the economic objectives enshrined therein (and both parties have so far proved wanting), the tripartite committee should not just decide the narrow issue of setting a new national minimum wage that benefits a few. Unlike elected politicians who control transient administrations which are intent on looting and trampling on the mass of the people, the leadership of organised labour in particular is sufficiently knowledgeable to willfully become a part of the already 17-year long campaign to get government to right the improper fiscal and monetary policies which predispose to and nurture economic contraction, underdevelopment and exacerbation of mass poverty in the country. Indeed, because it bears the brunt of economic hardship, labour possesses permanent locus standi to demand, above everything else, the implementation of correct and beneficial fiscal and monetary policies at all times. Labour should, therefore, imbibe the wisdom in the dictum of “Prevention is better than cure.” In the resulting national economic prosperity, the fight for setting the national minimum wage would not be to bemoan and seek to restore a token of lost ground as at present but to enhance as well as ensure equitable participation of the citizenry in the benefits of a buoyant national economy.

In the main, the Federal Government and the Labour leaders should swallow their pride and vanity and resolve this impasse immediately. 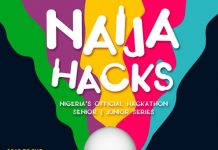